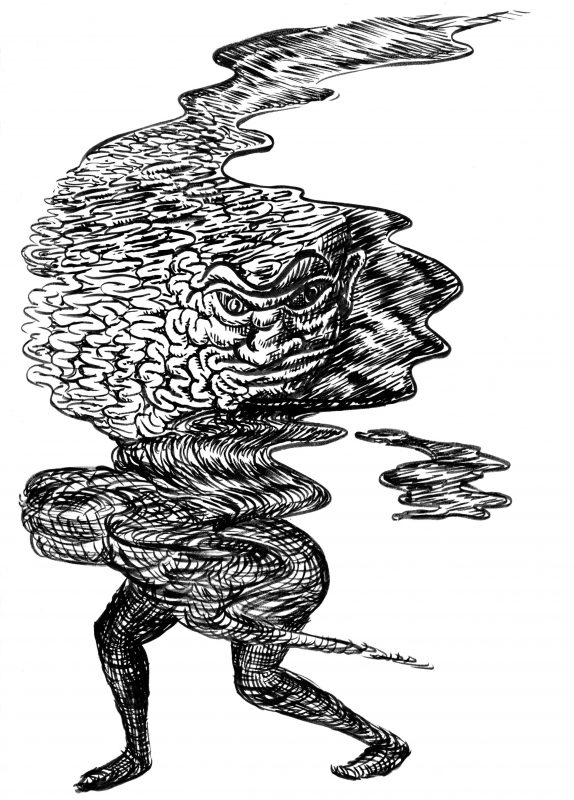 Your soul is an old reflected puddle holding on to the sky. Almost liquid, wrinkled by sand, a shallow eternity of yourself.

You drag your second-line brokenness like a dense funeral song, your

Legs sing their two-bit dirge for every lost footprint 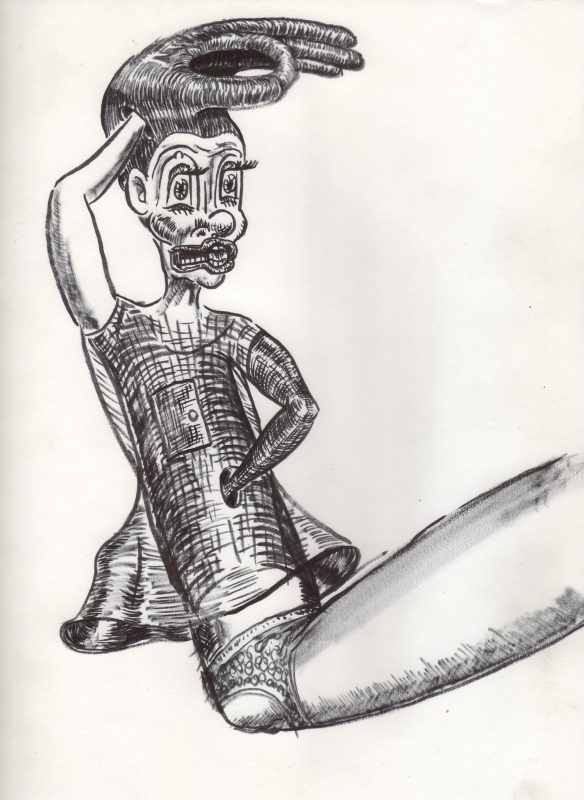 The tattoos on your forearms are secret passages to puberty

Sexuality becomes a magic trick to cut yourself in half 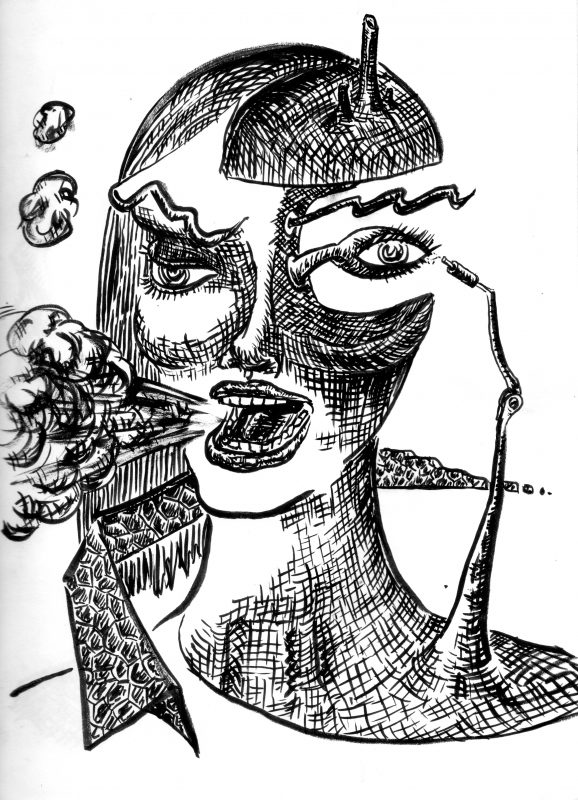 Your eyebrows quote your thoughts, citing sources of disbelief. Your eyes become agents of combustion, protesting the spark of the idea of the flame

Your clavicles are shadows of the valley. Injured starlings circle the steeple of your neck and bystanders scrub off your laughter with horse comb made of star skeletons and spurned onyx. 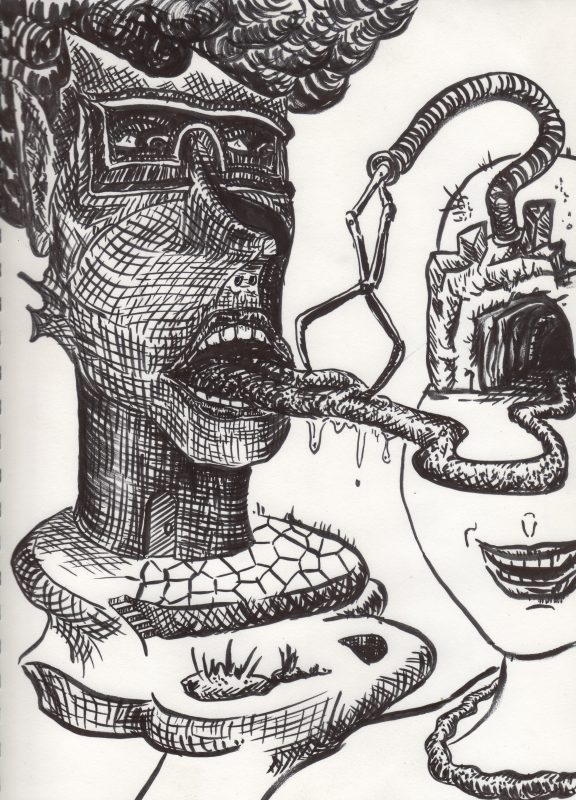 Your tongue is always lost in desire, sometimes misspelled. 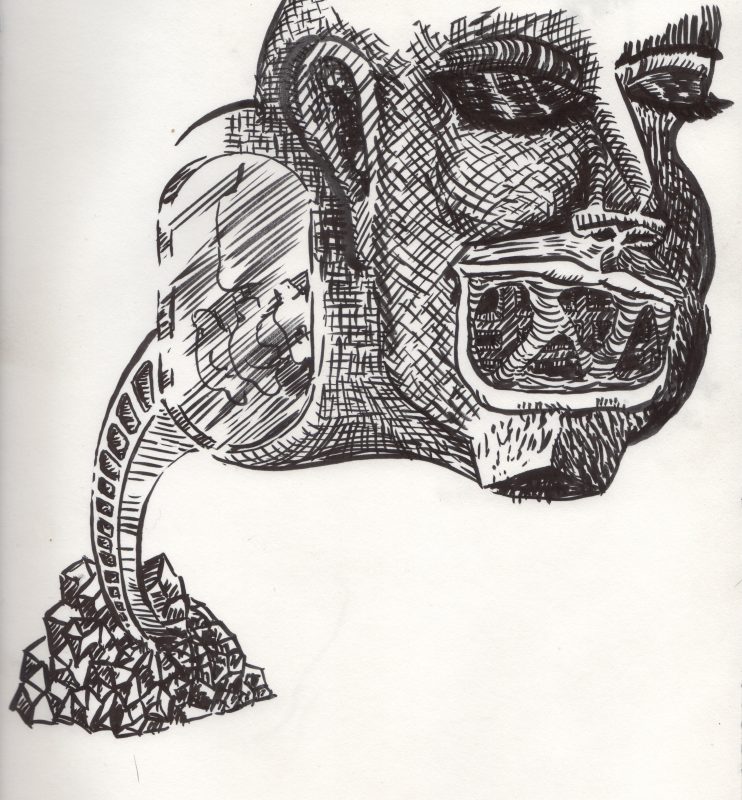 Before mirrors become the rubble of broken religions and the dirty mattresses of relapsed saints, remember: the sunlight is a door in your skin and a voice inside your bones.

Rick Potts has been an artist since an early age. Influenced by 30’s cartoons, Dr Seuss, Surrealism, Mad magazine, Rube Goldberg, underground comics and Hieronymus Bosch he was soon creating strange mutations of his own design. As a teenager, Rick began recording music and helping to release records with the avant-garde music collective, the LAFMS (Los Angeles Free Music Society). At Otis Art Institute, meeting and collaborating with punk comic artist, Gary Panter, and the work of manga artist, Shiguru Mizumi, further inspired him to create original creatures.

Jackson Bliss earned his MFA in fiction from the University of Notre Dame and his PhD in Literature and Creative Writing from USC.  Jackson was the 1st2013 Runner-Up for the Poets & Writer’s California Exchange Award in fiction.  His short stories and essays have appeared or are forthcoming in Fiction, Tin House Flash Fridays, Quarterly West, ZYZZYVA, Arts & Letters, Joyland, Pleiades, Fiction International, African American Review, The Daily Dot, and the Huffington Post UK, among many others.  He teaches at the University of California Irvine and CSUN.