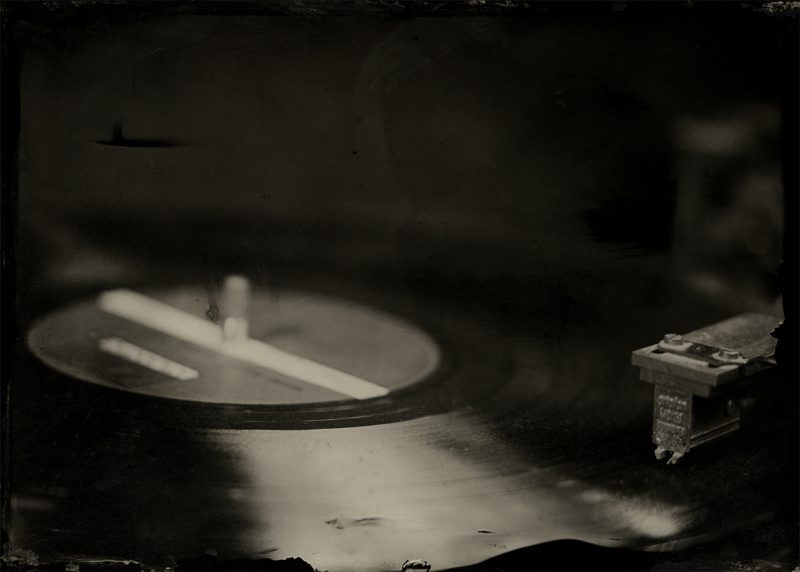 More afraid of sharks than we are of time. Once you see a photo of a shark’s open mouth it’s difficult to erase from memory. Every summer, the photos of open shark mouths return.

Every summer another heat wave curls and dimples everything malleable in the patio. We’ve learned to stay out of there most days. The humidity is something else. When it rains pots and pans are strewn around the carpet and over time it’s easy to forget about the mushroom colonies blooming. They look they belong in the green valleys and etched borders of moss-green carpet.

It’s easy to imagine you’ve seen a shark when you’ve spent most of your life sitting on the shore watching the ocean and the horizon line waiting for it to appear, waiting until your eyes burned.

Ten summers later I picked up the box and it disintegrated in my hands. Silverfish scrambled out from underneath looking for the route out. I swallowed my disgust. This too, ruined. Every album a soundtrack for something that time had once spread out before me. I had either run, skipped, bucked, or shimmied through each soundtrack.

Time is the killer moving through deep water.

I set the stylus down on vinyl. The house sighed its abandon. We know what that’s like. We also know what to do with ruin. 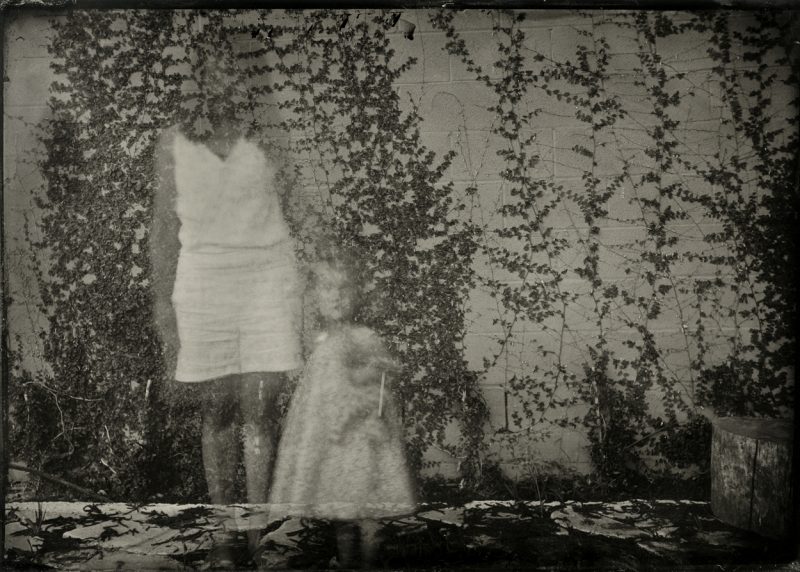 It would never be clear if the wall would dissolve in an earthquake or slowly break apart in suffocation from the green growth that began as lace then turned to leafy carpet.

It would never be clear if her print dress came first, or the green lace.

It would never be clear if the shadows themselves had a consciousness and kept to schedules or if the sun was truly the one with all the power.

It would never be clear whether her head was tipped down or moved too quickly on purpose into blur.

It would never be clear what she was thinking but we can imagine. 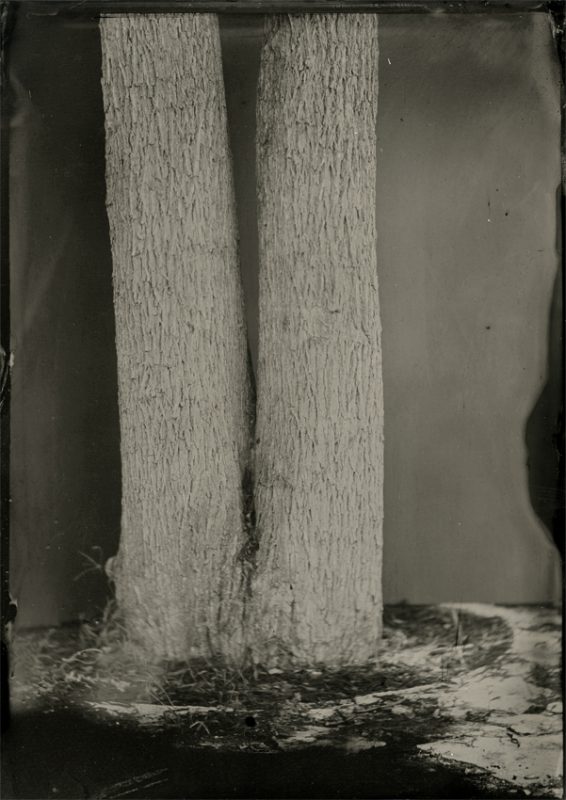 It became an essential part of me, resisting the symbiotic.

(Except during some sexual acts.)

(Except for the symbiosis of the dream and waking lives.)

I resisted twinning but twinning just happens. In fact, twinning brings that shine to the eyes.

My mother told me she saw a program on television that asserted the theory that left-handed children may have had a twin in the womb.

When I looked this up on the internet, the questions most often posed were:

I move through the world and strangers tell me we’ve met, or they’ve seen my doppelgänger.

The patio would have been the most natural place to look for portals, but the humidity, the silverfish, and time kept me out. I tapped the adjoining wall’s corners up and down on Saturday afternoons. I’ve always believed in the natural occurrence of portals. I do not need a twin to enter.

My left arm is the weaker, but it’s the one that holds the pen. 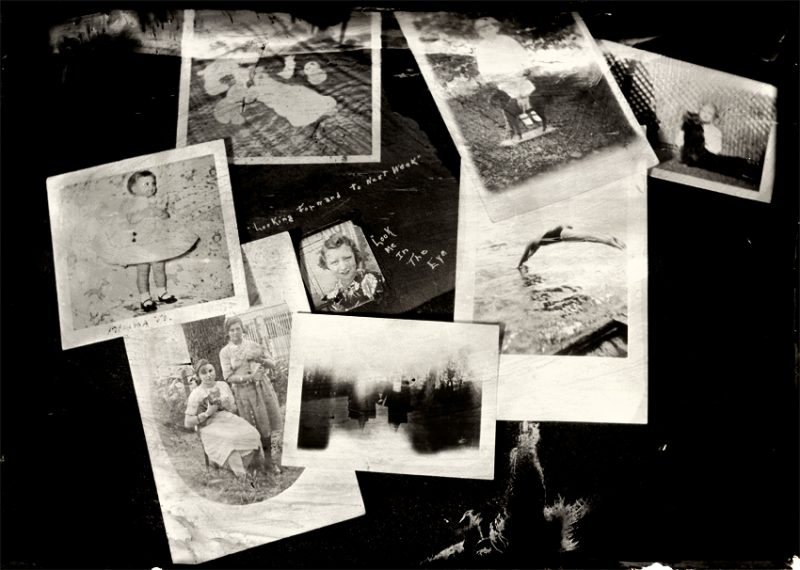 Look me in the eye. Not those. The ones in the back of my head. Behind the curtain, lost somewhere in the whorls of hair. I see the mystery shimmer of faces where there are none. A body looks up, her hand drawn toward the universe.

The arc of the oval of the aperture. My bundle of rays is a bundle of black rope. Looking forward is looking backward. The arc of a body over words that appear. In the water, of course.

With this body I do not fear the shark. Not with this particular arc I don’t.

The delicate scratches. The light shining through aperture.

Of course a cat comes through. Of course. 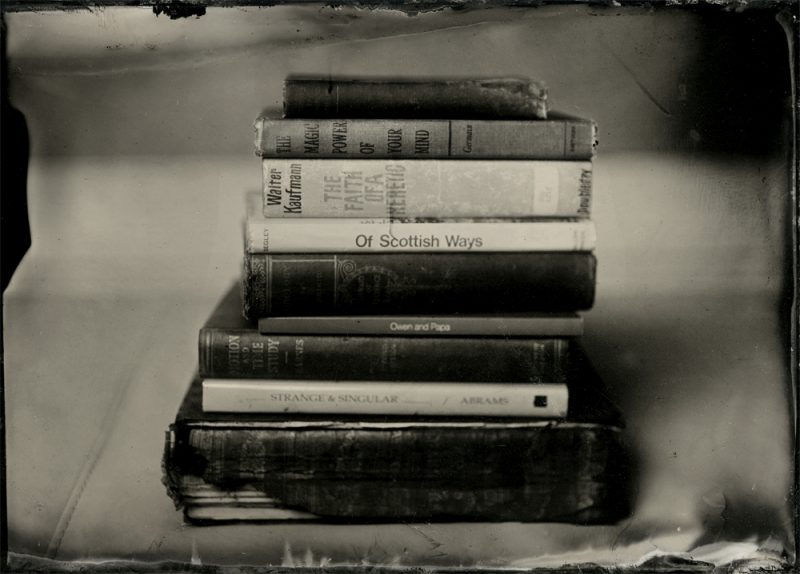 In the restaurant with the sun slitting through blinds I opened the book placed in front of me and it held a menu.

This is not an unusual metaphor.

I chose a wine, I chose a dish. My hand around the satisfying bulk of a book, wishing the meaning was this rudimentary.

To choose this or that. To remember all that goes unchosen. Memory disintegrates. Flames lick the edges of your fondest times in bed, the foods brought to your mouth by the fingers of those you once loved, who once loved you.

Opening the book. The choice in deciding this. A wine, a dish, a longing solved, a buried notion.

I chose, I chose. 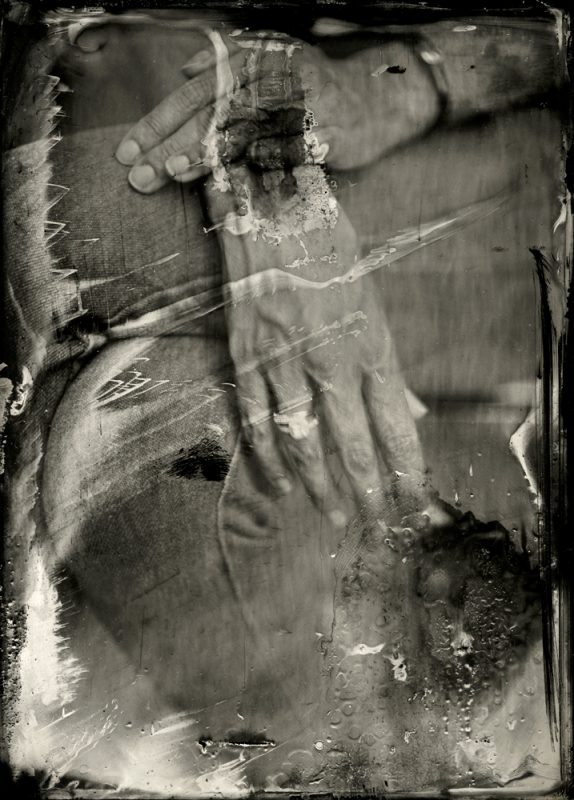 The particular ruin of veins edging over delicate membrane. When a hand brushes over a hand (an arm, a thigh), the river is immediate.

(Name the river in you that feeds the ocean.)

A fray, a hole: another name for portal. Wet edges and sweating glass. I smooth the jagged teeth around the portal with my tongue. Repeat.

(There’s a bubbling on my surface I didn’t mean for anyone to see. Plastic would trap, so I let the texture touch air. Pockmarked princess. Scarred enchantress.) 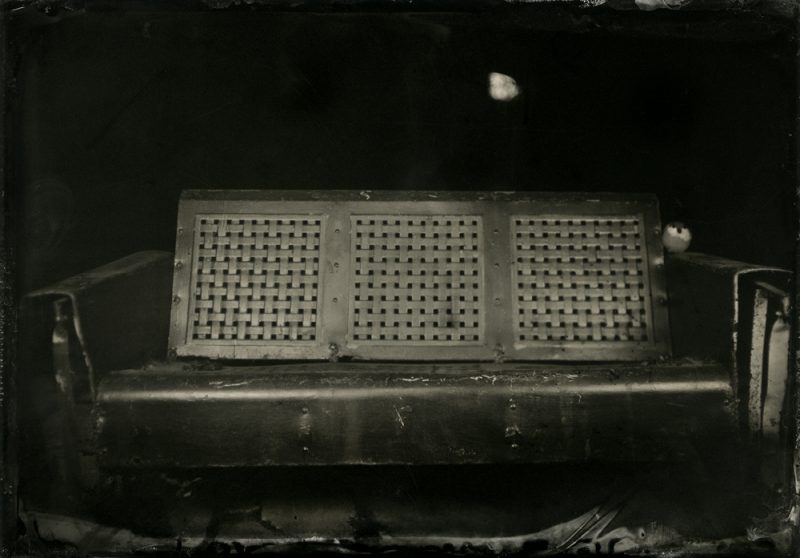 Every place you lay your body is a boat if you want it to be.

Again you choose, you chose. Whose body warms against you in this seat. The resulting shift of the body as you find the best distance. The shark is never that far away. Let me bring your attention to the eye in the corner. There is always an eye in the corner (look for it).

Rough scratches mark the passage of this boat, this seat, into too many lives to name.

Bolts and oil-based soap. Arrows unseen in daylight luminesce for the moon. Night picks up the punctures, the gouges. Scratch marks well up on my body.

My body is the boat if I want it to be.

Michael Chylinski is a Los Angeles-based musician and photographer. He co-founded and played drums in the UK indie band Drugstore and now makes music under the name Arrow Highway which has been used in documentaries and on NPR. His photos have appeared in books and magazines, and most recently as part of 2016 exhibitions at the Rayko Photo Center in San Francisco, for which he won a jurors award, and the A Smith Gallery in Johnson City, Texas. His first published piece of short fiction writing appeared in Joyland Magazine in March 2016, and he is at work on a book of inscribed vintage snapshots for Fall Line Press.

Wendy C. Ortiz is the author of Excavation: A Memoir, Hollywood Notebook, and the forthcoming Bruja. Her work has been profiled or featured in The Los Angeles Times, The Los Angeles Review of Books, The Rumpus, and the National Book Critics Circle Small Press Spotlight blog. Her writing has appeared in The New York Times, Hazlitt, Vol. 1 Brooklyn, The Nervous Breakdown, Poor Claudia, and a year-long series appeared at McSweeney’s Internet Tendency. Wendy lives in Los Angeles. Visit her public notebook: wendycortiz.tumblr.com.