Billy did a keg stand for twenty-two seconds and fell down laughing, the ground a shifty puddle of mud from the rain. I counted the time on my fingers in the dark. Two people rushed over to Billy and started laughing, too, once they saw he was okay. One of them helped Billy up and slapped his back. Chants of his football nickname echoed against the thick, dark sky. “Bil-ly Club! Bil-ly Club!” The sound made me flinch. I turned to see if someone was behind me.

It looked like a party, one group huddled around a fire pit next to the barn, another around the keg, where a fresh pair of legs were being thrust in the air. Pale hands like dying flashlights white-knuckled solo cups, the pop of plastic lost among the raindrops. I shivered in a newly harvested wheat field a good hundred feet off, invisible, knees creaking like an old door and limp strands of hay littered about in clumps. I lived nearby with Mother and had heard the party as I was putting her to bed, walked over before I really knew what I was doing. Bits of conversation floated my way, but not enough to make any sense.

Music started up, something country that sounded both close and far away. I watched Billy walk from the keg to the fire pit, hook an arm around a girl, and disappear in the crowd. 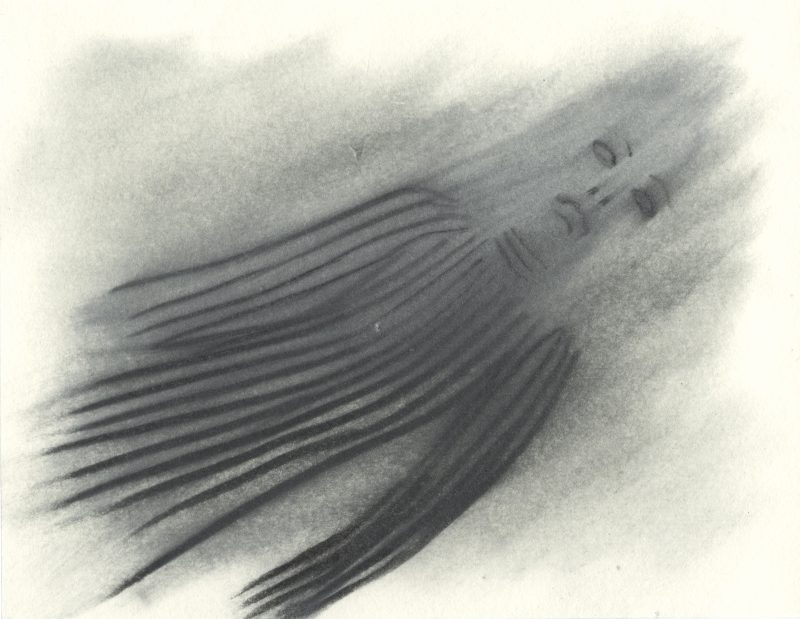 I saw Billy for the first time after I got a job as a pump attendant at the Fill ‘Em Up. It paid decent and I got to be outside all day, observe the lives that passed through. I remember faces, and the girl next to Billy that day had freckles dotting her nose like stars, red hair that swallowed her whole. He maneuvered his blocky station wagon through the pumps. He whispered something and she laughed, cast her eyes down.

Billy emerged from the car smelling faintly like sweat and the girl’s perfume, a twenty-dollar bill coiled in his right hand.

“Fill her up, champ,” he said, flashing me the twenty on his way inside. I stood there a moment after he passed, unsure if this was one of my dreams.

“Twenty dollars, please,” the girl echoed, leaning out the driver’s side window. “He can’t hear me in there, can he?” she asked. I shrugged and pumped the gas, she settled back in the passenger’s seat. Billy came out chewing a piece of gum and nodded to thank me.

He looked so much like my brother that my stomach heaved each time he turned toward me. The same flowing brown hair and impervious black eyes. The jaw you could see lock into place after a smile. It was hard to let Billy go after that.

This party reminded me of the night my brother died.

Thunderheads rolled through the sky like tanks. You couldn’t see your hand in front of your face. My brother had been a football player, too, and carried that mantle into every aspect of his life. Even if anyone had tried to stop him driving home from the party it would’ve ended the same.

When Billy disappeared in the crowd I felt the sudden urge to find him. I thought of my brother, that look he seemed to keep for only me. Disgust, but something more. I didn’t think I’d be able to stomach such a look from Billy. The rain began to fall a bit harder, stinging my bare arms.

Billy and I didn’t speak outside of his weekly trips to the Fill ‘Em Up, though I liked to follow him sometimes. I watched him buy flowers for girlfriends, visit his grandmother in the nursing home, drink beers at Sundries. I always kept my distance.

I tried going to a game once. It was the conference championship, the winner advancing to the state playoffs. I stood underneath the bleachers, peering between a stocky pair of legs in blue jeans and sandals. Billy wore number 13. I tracked him on the sideline before kickoff, jumping up and down, throwing his arms in the air. He knocked helmets with his teammates and pounded his chest. It reminded me of when my brother used to tackle me so hard my shoulder left a divot in the ground.

My brother’s car was found lodged in an abandoned trailer three miles from ours. At the funeral mother laid a single white rose on his casket and never spoke again. 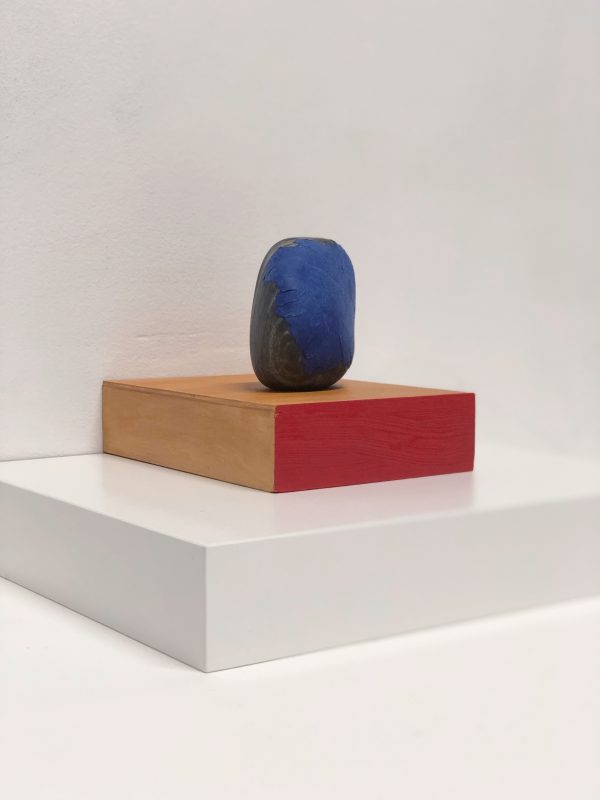 Sharp cracks of lightning pulsated overhead, illuminating the field where I was standing. I froze, but the partygoers were in their own world and didn’t seem to look past their cups. Billy was nowhere to be found. I shuffled closer to the crowd. A half foot of water pooled around my ankles, numbing my feet. Hay floated around in eddies. I caught a few more bits of conversation.

Everyone was drenched from the rain, but no one seemed to care.

On my first day of high school my brother peed in my only pair of shoes before we left the house. He was three years older but had gotten held back twice, so was only a grade above me. Mother saw him as the father I never had.

I was only about 50 feet away now. Still invisible. The keg stands had stopped and most of the crowd mingled around the fire pit, which had been moved into the barn. My teeth chattered incessantly from the cold.

Suddenly everyone started whooping and cheering as two figures emerged from behind a wall of hay in the far corner of the barn. I realized it was Billy and the girl he’d disappeared with. Billy raised his arms in the air like he had at the game, high-fived some guys on his way to the keg for a refill. The girl had her shoulders hunched. She walked out of the barn and turned a corner out of sight. I didn’t see her again. 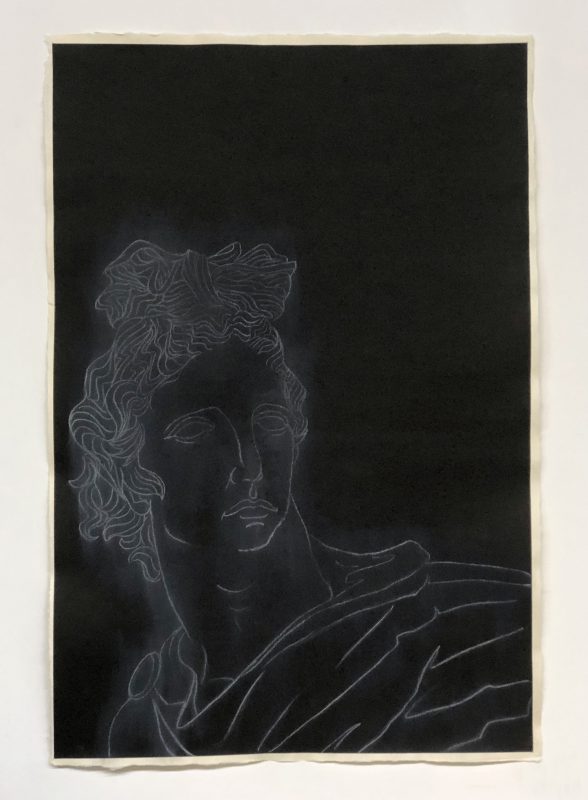 Someone turned on a floodlight in the barn that cast an eerie half-shadow. The volume on the speakers kept being turned up and down at the discretion of whomever was closest. A dull wind whipped at my legs. No one had followed the girl out of the barn.

I wasn’t sure how long I’d been watching. I’d given Mother her pills before I left, so I wasn’t terribly concerned about getting back. Putting her to bed reminded me of when she used to sing beautiful lullabies to my brother and me. Songs about angels and gods. I tried to sing for her sometimes, but she never seemed to like it. Now our nights ended in silence.

Billy chugged beers with some of his teammates. They all wore letterman jackets, dark blue leather with white sleeves, a giant B on the chest for Bellevue High School. There was a chant the team would do that involved tapping the B in some special pattern for good luck, but I couldn’t remember it. Billy laughed at something one of his friends had said, his whole body bouncing up and down. The glow from the floodlight cast a halo above him.

I risked a few more steps toward the barn. Everyone seemed distracted, and more parts of me were going numb. I was tired. The fire felt like an invitation. 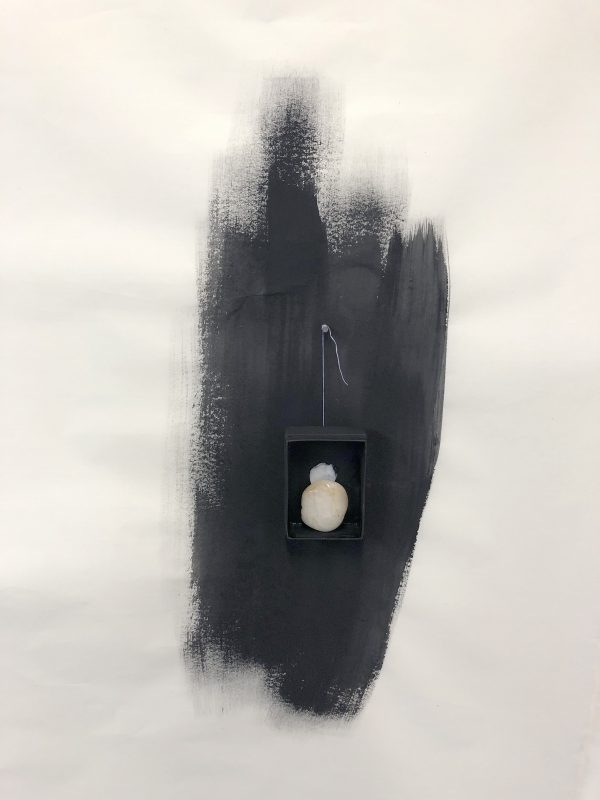 One time Billy almost noticed me.

I’d seen him at the mall buying new football cleats. He was with a friend, talking loudly about an argument with his dad. I just wanted to comfort him. I followed him to a drugstore, and before I knew what I was doing I was standing in the parking lot, a few feet from his car, waiting for him to return. When he walked out of the store I panicked, but it was too late to walk away without looking suspicious. I crouched on the ground and pretended I’d dropped something. I’m not sure if he saw me, but he only stopped for a half second before he got in his car and drove off. I wondered if he would recognize me now, standing in this field, ankle-deep in the mud.

I couldn’t stay out in the cold for much longer. I clenched my hands and slapped at my face, failing to find any sort of feeling. The crowd in the barn was beginning to thin, but Billy and his teammates remained, still drinking.

I imagined myself walking up to Billy, him throwing an arm around me and putting a drink in my hand.

“About time you joined the party,” he’d say, a smile on his face. The thought was the first warmth I’d felt all night. 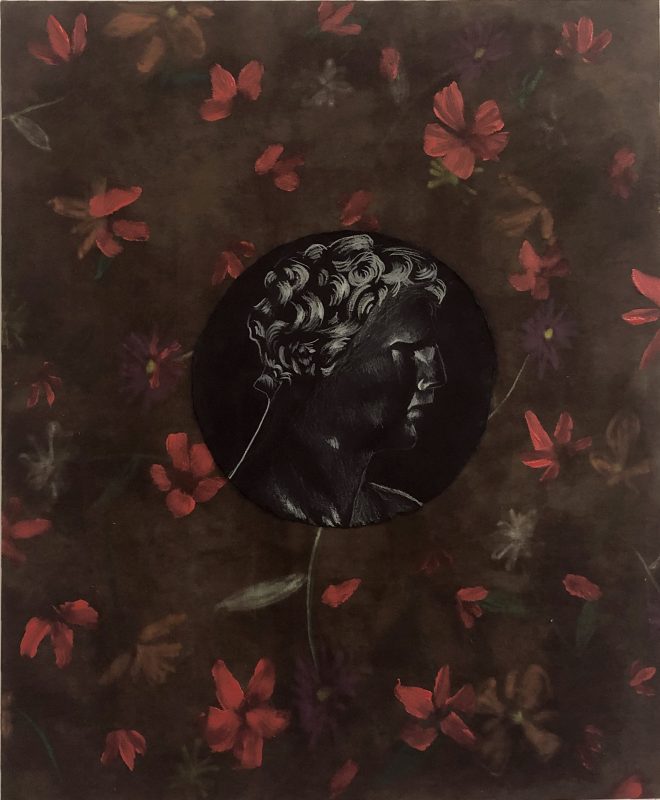 Most of the people left in the barn were huddled around Billy. Two girls stood off to the side away from the group, their arms crossed and backs turned to the fire. I recognized one as the girl with the red hair who’d been with Billy the first time he came through the Fill ‘Em Up. She’d gotten her hair cut by at least six inches, its color dulled in the dark. I caught the first complete sentence I’d heard all night.

My palms sweat, the first sensation I’d felt in hours.

I wasn’t more than ten feet away, easily visible to anyone paying half a mind to their surroundings. Still no one noticed me. I inched closer, the fire too enticing to turn away now. I would’ve jumped in it if I could.

The girl with the red hair noticed me first.

“What the fuck are you doing here?” she asked. My heart dropped, but I pretended not to hear her and kept on toward the fire.

“Billy, why the fuck is he here?” she called out. Everyone stopped talking. I froze.

“What’s going on here, guy?” Billy said. I was only a few feet from the fire, but now a couple of his teammates blocked my path. I couldn’t think of anything to say.

“You gonna say something?” Billy asked. He joined his teammates in front of the fire, their breath thick with beer. I could see his jaw clicking under his skin. The thin outline of a mustache. Eyes that gauged no recognition.

“Billy—” the red-haired girl said again, her voice a little fearful now. He held up a hand and she stopped.

I could feel my brother creeping in the shadows.

Edwin Arzeta is a Los-Angeles-based interdisciplinary artist whose work uses the objectivity of passivity and traditional ornamentation as a departure to explore themes of desire, lamentation, inheritance, and the accumulation of memory as they relate to the shaping of a person’s behavior. Arzeta borrows from a range of imagery rooted in classical Greek, Mexican, and American decor and leisure to allude to prescribed ideas of general “history” and a sort of erasure or obfuscation of an individual’s actual history in his work.

Justin Follin Smith was born in North Carolina and now lives in Los Angeles, California. He studied English at Sewanee: The University of the South, and his work has previously appeared in Word Riot.