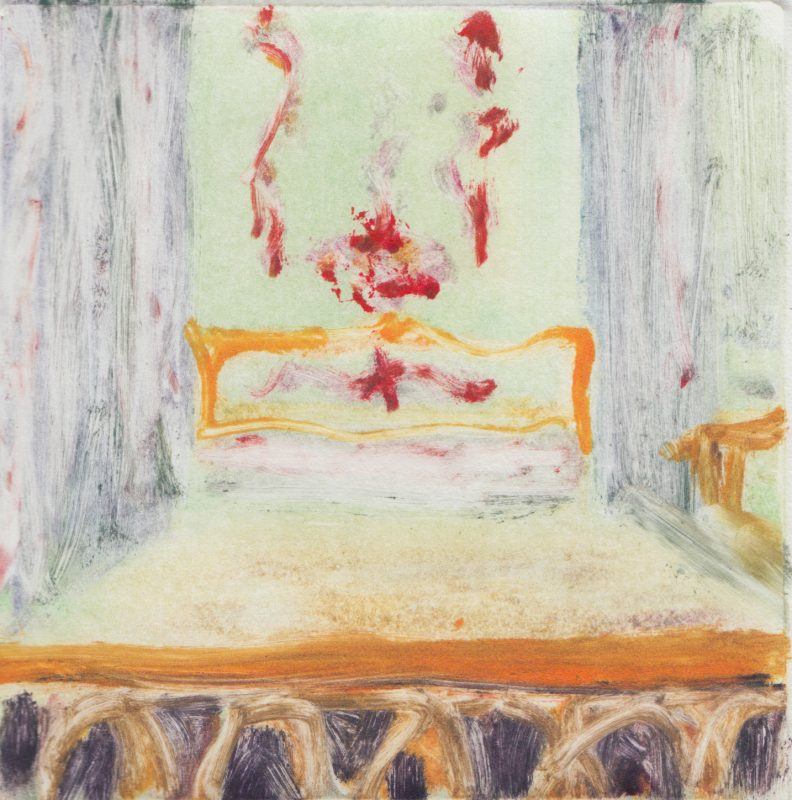 There was more than a little of Miss Havisham to it, preserving the relics of a love gained and lost, Millie knew that, but she didn’t care. No one came up to the third floor anymore. Just the cats and they’d stopped paying attention long ago. Once the smell was gone.

Millie missed the smell. It had suggested life; suggested that somewhere her love still lived even if she couldn’t find it. But the blood on the walls, dried as it was, and the spattered bouquet, were facts of her life now, as real as a fingerprint. And. And as indelible.

Millie liked to smooth the yellowed satin coverlet, she enjoyed the ambered preserved quality the room had, especially when the evening light slanted through. It was in those hours, at the very end of the day, when Millie sorted the facts of her life, arranging and rearranging events like pictures in an album. Noticing, as she always did, that the most important events of her life had taken place in this very room. 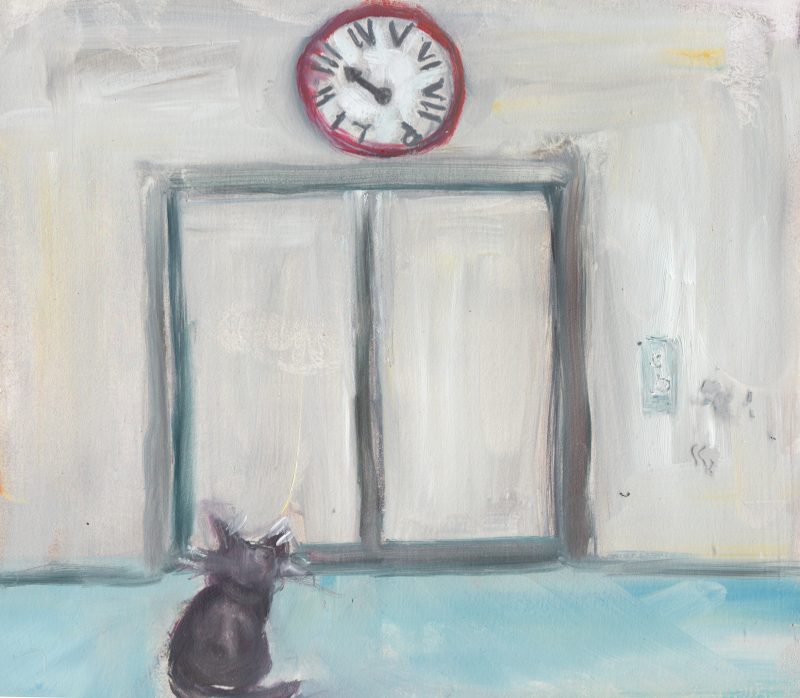 The weight of history in the room was pervasive, as was the sense of decay. Millie viewed the decay as more of a graceful decline, but she knew that, too, was her tilting the prism. She didn’t care about that, either. This was her room; she could hold any truth she wanted to here. And if stopping time was her preference, who was there to argue?

And yet, the weight of history hadn’t quite squeezed out all sense of hope. Millie saw it in the cats more than felt it herself. A kind of anticipation when they passed the elevator. Millie avoided the elevator. It unnerved her. The memory of its ping made her heart race. She used the stairs and only the back ones. She believed you could know things about people just by looking at them. She didn’t want anyone knowing anything about her.

Her days of being sized up were over.

She glanced at her watch and collected her things. She checked that no cats were under the bed and left the room, locking the door carefully behind her. She paused only briefly in the hallway before hastening to the back stairs and heading down.

The crash of past and present when she emerged onto the street was atomic in its violence. Head down, Millie shouldered into the crowd, fishing her cell phone from her bag. Twenty-four missed calls, seventeen new messages.

Christ, how long had she been gone? 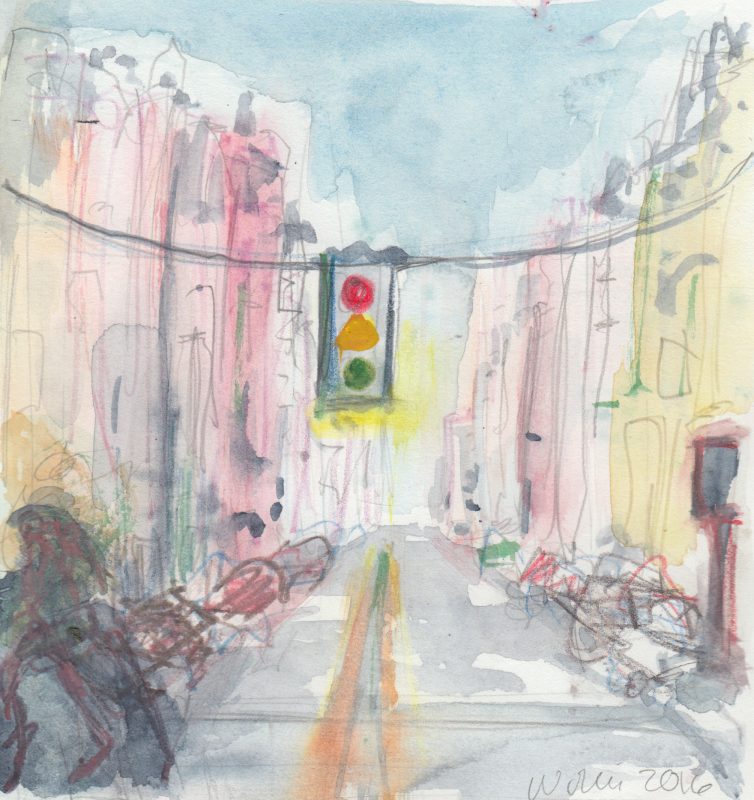 Antoine loved the little street, shaking off how his step would always break at the corner, shutting his eyes to the fact that the traffic signal was always, invariably, inevitably? – red each time he turned into the little lane. 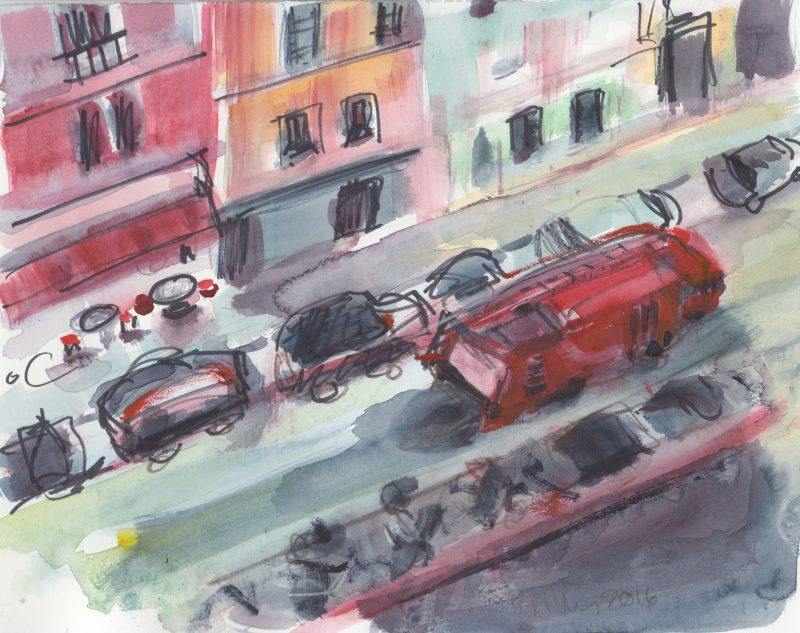 Sirens unnerved her. Specifically those that signaled “help is on the way.” Sounds related to the crackerjack constabulary (as her grandfather used to say) troubled her less; catching crooks was a good thing.

Francoise tried her mother again. Why wasn’t she answering? She’d tried a million times and – fucking shit! – no answer. Where the hell was she and what was she doing?

Francoise knew, fundamentally, what her mother was doing. She just didn’t know what she was actually doing. And that pissed her off.

That she couldn’t drink her wine, light a cigarette, and keep her hands over her ears all at the same time also pissed her off. Choices and decisions, large and small, pissed her off. She hated making them and when she did, when she was forced to, they were always tragic.

She couldn’t stack her priorities. Fuck. Covering her ears was primary, right? But the wine would calm her, so would the cigarette, and then maybe she wouldn’t need to cover her ears and – FUCK – why was it so goddamned loud?

And where the bloody fuck was her goddamned mother? 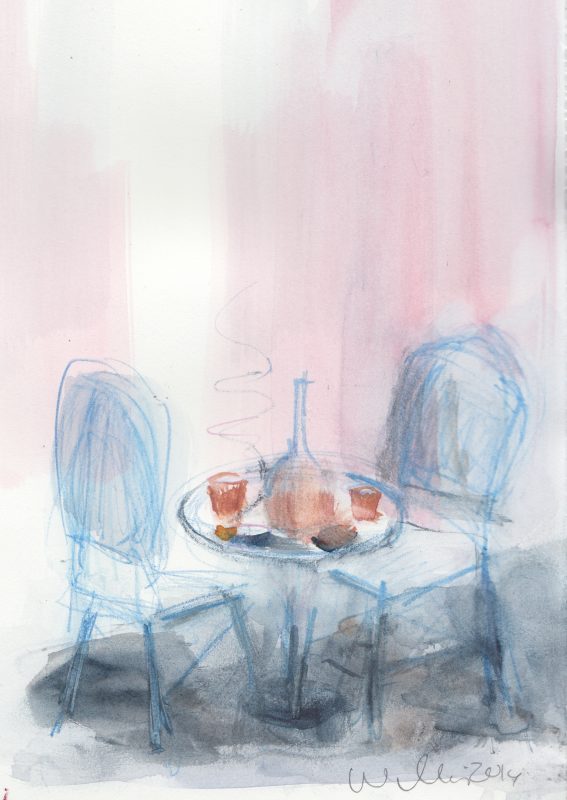 It obviously wasn’t her first act of abandonment. Those who knew Millie would tell you she’s careless. Thoughtless, some would add. Rash since girlhood, a handful of others would confide. Millie knew what people said. How it looked. From the outside.

It was late in the game to care though. Any changes to her personality she might consider now would just seem strategic. Probably would be strategic because why would you change except in the hope of gain?

The cigarette, her first in a long time, had been exquisite. The wine and conversation routine, but then, she’d never felt for Antoine what he felt for her. She could be accused of many things, but not sentimentality. Antoine though! Every rose bloomed just for him.

And the phone, the phone! The goddamned phone, ringing and pinging and flashing accusatory notifications. She couldn’t take it.

So when they got up, she left it on the table. 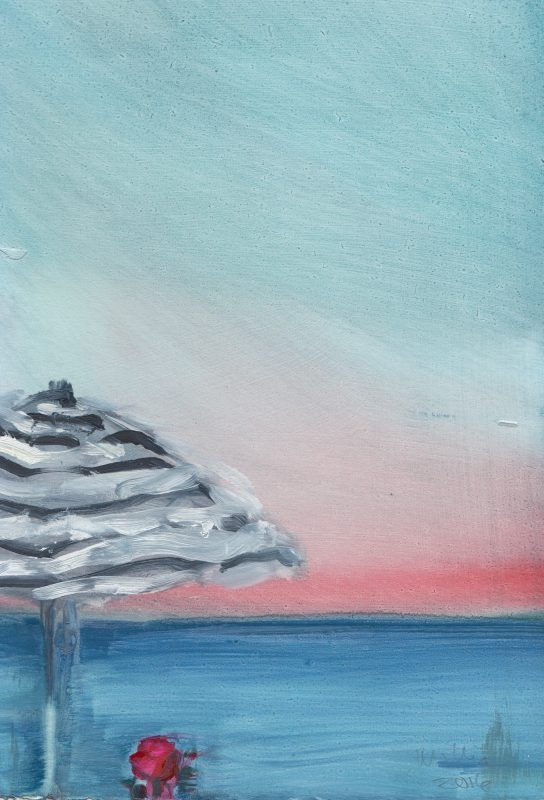 Valentin stood by the door, arms across his chest. It seemed, after 40 years, that the doorframe had formed to the shape of his shoulder. It wasn’t true, but perception was reality, non?

Ha. All Parisian waiters were philosophers, he scoffed, gazing into the middle distance.

Allez! That tune, that little tune coming from the phone! That dazzling April moon, there was none that night and the month was June….

Ah, he remembered it well. Collioure, 1958, he was 18, she was 16 and so lovely. Summer by the sea. He seldom took this journey. Like so many journeys, getting to the memory was easy. Coming back was not.

Never since had he been able to spread his arms so wide, to see such expanse in front of him. Her lips, tasting of lemon ice and wine, her breasts unashamedly offered to him, his own lack of shame in accepting them. The red rose. It was always the roses that brought tears to his eyes.

How often I’ve thought of our last rendezvous
And somehow foolishly wondered if you might be thinking of it too?

Bah. He scoffed again, noticing his grip on his arms. Still the same silly boy, always thinking if he held himself tightly enough life would stay the same.

He met the inquiring sets of blue eyes in front of him. Startled, Valentin pulled his cloth from his apron, gesturing to the small table, Ah, oui, oui, s’il vous plaît , asseyez-vous. The phone sang again as he gathered the glasses, the ashtray. They were not coming back, he thought, and scooped up the phone with the check. 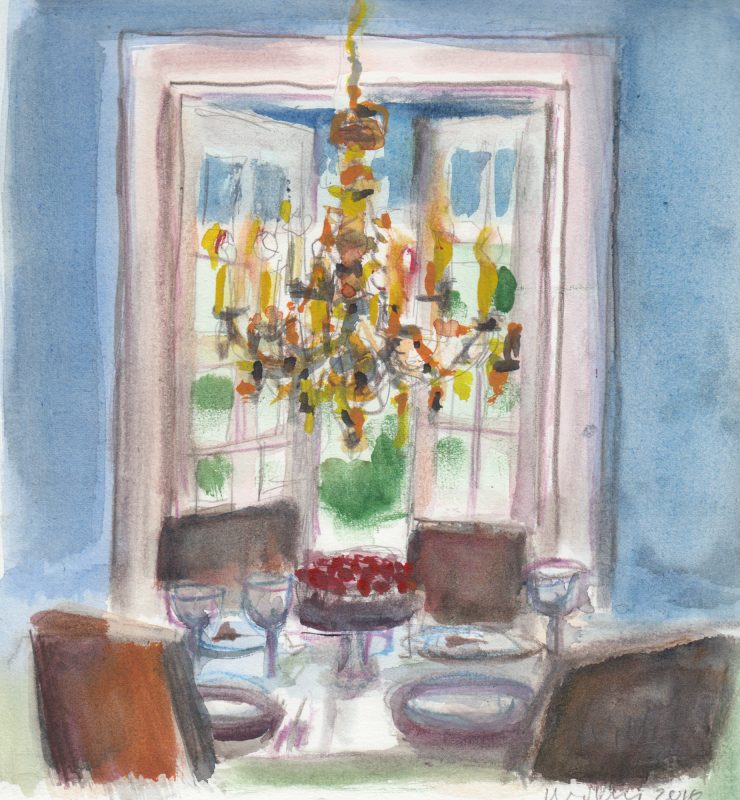 The phone sang to him all afternoon, rolling in waves of memory. Not just the girl although that might have been enough, to be brought back to all that he had been. Save for the reminder of all he no longer was.

How does it happen? Life force slips away, one grain at a time, hourglass sand. Until one day, the boy you had been, or the girl, is also gone. The muscles of his arms were soft. And his passion. What of his passion?

The phone sang again, evoking his family, his mother, her hands smoothing his hair, washing the kitchen, rinsing strawberries and placing them on his father’s cake. Everyone, she said, should have something nice now and then.

Something nice. Pleasure itself changes flavor over the years. The pastries he’d hungered for as a child were no longer satisfying. The kisses and touches he had savored as a youth were no longer plentiful. Or free. Life makes quick work of joy and sensation, he thought. That is the way of things and there is no dignity in trying to recapture what is gone. And no shame in letting go.

He did not approve of grasping. He’d been taught to go through life with an open hand – expect nothing, hold on to nothing; let everything happen over and around you, never through you.

And still the phone sang its melancholy song, stirring him. Silly man, he thought, wiping his eyes, wondering, would his mother’s cake still taste sweet?

Nancy Willis lives and works in the Napa Valley and holds an MFA from SFAI. As a painter/ printmaker she works with themes of intimacy and social connection by creating series such as The BED, RSVP, the CHANDELIER and TERRAIN. Her recent curatorial project NOURISH at the Napa Valley Museum brought together over 25 artists, 9 chefs and a live stream from the kitchen of a three Michelin starred restaurant in France. Willis created Path of an Artist tours, leading artists to France and Sundance for annual painting workshops. Her work was most recently seen at the Start Up Art Fair in LA.

Caroline Siemers is a writer, eater, baker, maker, reader, thinker, traveler, comedian and performer. She enjoys writing and performing monologues about her life on stages across Los Angeles and New York. In her spare time, Caroline is a management consultant dedicated to improving the relationship between employees and employers.