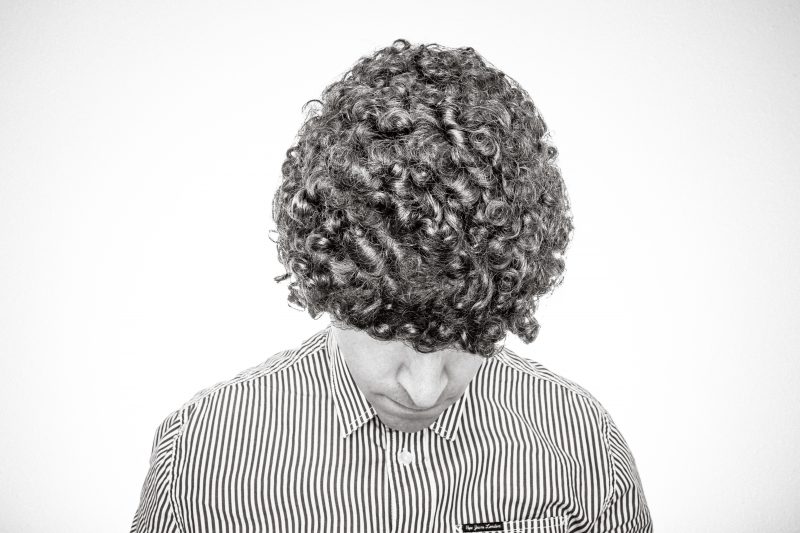 An insurance agency storefront at the bottom of a hill that ends in an intersection like waterways in the Commonwealth—misdirection and purity on high enough ground, covered in black ice and outlined with cut and golden stalks edging a road. The stalks, indecipherable. Unless you’ve seen them alive with some probably green parts.

It was all new to him. The angles that it happened at.

He even saw this guy who was looking up at a stop sign and signing the cross. 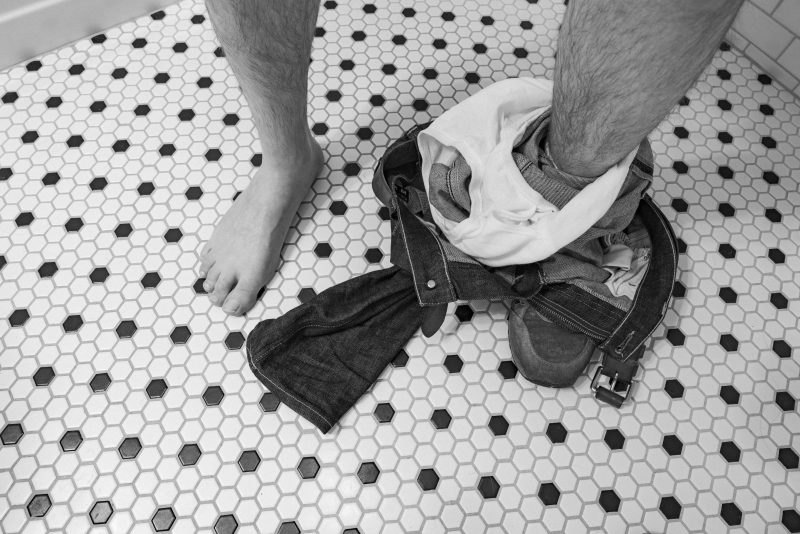 He got sick most mornings but he usually made it to the toilet in time. This morning he had gotten sick right before he had to leave and right after he had put on his good shirt, his best one.

Didn’t know what it was but self medicated for years—the ginger ale from the see-through green plastic bottles.

The ones where if the light hits the bottle in this one way you can see that the ginger ale isn’t green.

He had one every morning, on the way, in the car.

In the municipality’s long term parking lot he finished one wearing his second favorite shirt to start the week off wearing. He waited for the prayer to be over and for it to stop and for that guy to head on somewhere else.

He tilted his head and the angles softened. He colored it all in differently.

It was the fifth time that week and it was still pretty early in the week.

Thought about how football could save some people’s lives

Other things that could be escapes but weren’t to him.

Decided that later on he should go to the Recycling Center or the Can & Bottle Redemption Center, then use that money to rent a movie. It was his turn to pick, which was good, because his wife picked last time and her pick had scared him a lot.

The weak stomach, you know.

And if he went to the movie rental place he’d get to drive by the little gully like a well with the saw grass sticking up from behind a tiny hump of moss and earth.

Or maybe they could take a walk or talk about taking a walk. 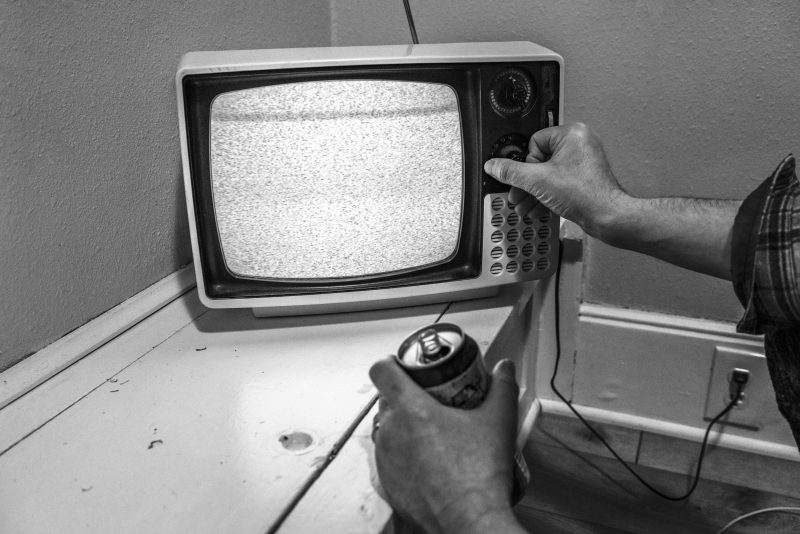 At the insurance agency they said that he was the best secretary they’ve ever had.

That’d it’d be a shame if he took over the agent’s job who was leaving.

When he was at his desk he thought about when he was a kid and had to take all his clothes off to use the bathroom. He pretended to type or really was and he was deciding, now, which one: the Recycling Center or the Can & Bottle Redemption Center?

On the way there he drove through shadows of trees and the light strobed. It was starting to stay lighter longer again and when he got to the Can & Bottle Redemption Center he parked under a White Oak or a Beech. He wasn’t sure the kind of tree it was but decided, recently, that he should know the names of the local ones and that it should be important to him.

He had his bag of recyclables, mostly the clear green bottles.

The people who brought recycling in were the customers, but they did some work, too, so to speak—lining up their recyclables for the easiest and most accurate count, waiting for the count to turn into the pay.

The workers behind rows of wooden counters counting rows of cans and bottles, then paying the customers out.

The wooden counters, probably some type of hardwood, he guessed.

And behind the workers behind the counters, there were sorted stacks of crushed and cubed materials. Silver and gold, dull but glinting cans. And look, a compacted form of green clear bottles like his.

He thought about how beautiful it was.

And recently he’d only chosen sailing movies and hoped she wouldn’t mind another. He was on a kick. 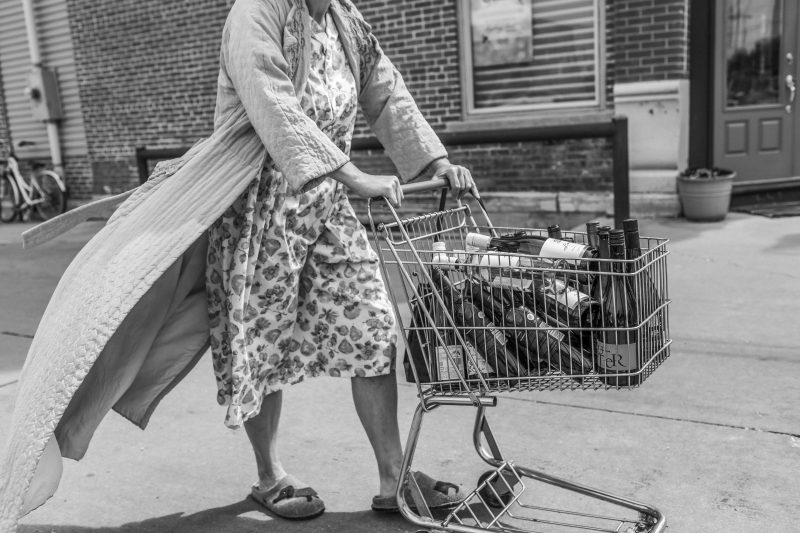 The gully: Small with saw grass in it, a shiny hubcap leaning in some pines. The saw grass growing through it like liquor bottle necks. Liquor bottle necks with European words on it. Things like champagne or aperitif. Not ginger ale.

He could pick up a ginger ale at the video rental store for the morning.

And a sailing movie for tonight.

For some reason he couldn’t focus on the gully anymore. It was because he got distracted and thought about how DVDs came after VHSs. 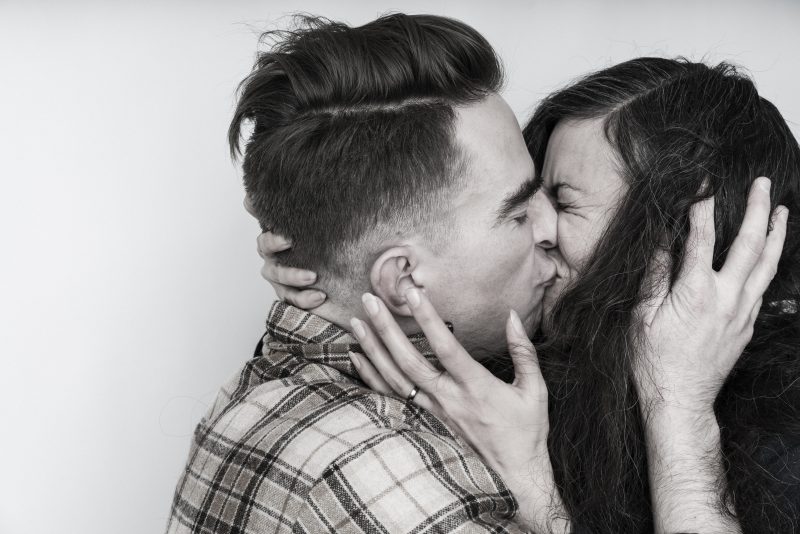 To the right there was something going on. He felt a puddle of warm light glinting like an early-looking sun on a billboard for the tropical sounding hotel chain. They’d stayed at one in a city up north.

Or the covers of some of the New Releases. One pushing the other out for room. Something about never seeing it all the way through or trying to squish it all in, into something compact.

Plus convenience and quality. Naturally.

It was all in a day’s work until he got to leave.

And no movies or films about telling him how to do it or what to do next, not even ironically. He hadn’t been looking for one anyways.

Unless it was like being in a little boat, going down stream, and he was wearing his favorite slippers—the ones with the wiener dog on it. The stream running down a little mountain with moss and low ferns and big big pines. Into and across dusty plains until there are some rocks and the desert in one or two ways, an arroyo full of coyote and toad. Somewhere the sand getting lighter into something white like French tips. And ahead, two different blues open up over a reef and drop-off, the schooling fish, the ones by themselves gliding.

He wanted to do something nice at home, like a thank you. 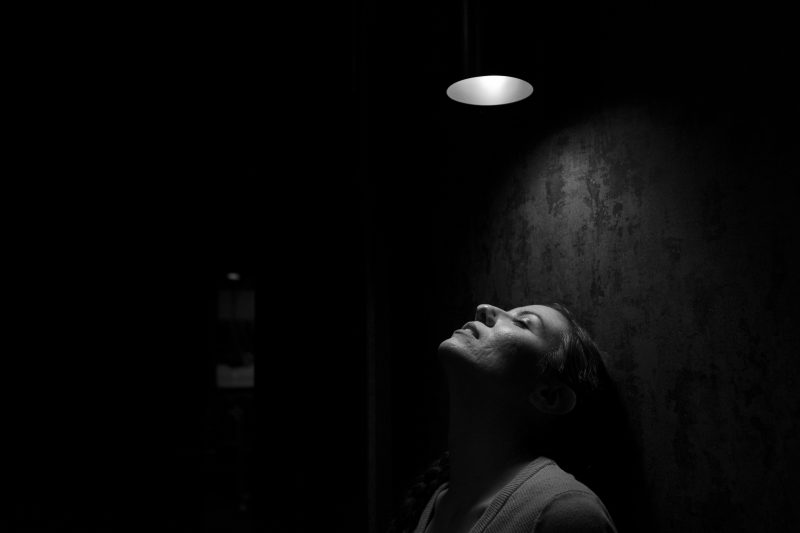 Lately, hadn’t been doing much besides being selfish, though pretty quietly.

It was probably overdue at this point.

Most of the time he was only thinking about himself and his surroundings, the things that concerned him. Maybe a nice new pair of shoes every now and again.

He could try to see if he saw something up in the stop sign before he went into work the next day. Like that one guy seemed to.

What grace or something similar to it would ever fall so gently upon him?

If he could convince himself to make one more stop before it gets too late, the one more errand, he’d up his odds (of bumping into the guy and asking him) while going to buy a new shower curtain with some tropical birds on it, iguanas, even palms and fruits.

The shower curtain would be kind of nice—the something nice, the thank you thing—for them both, he thought. 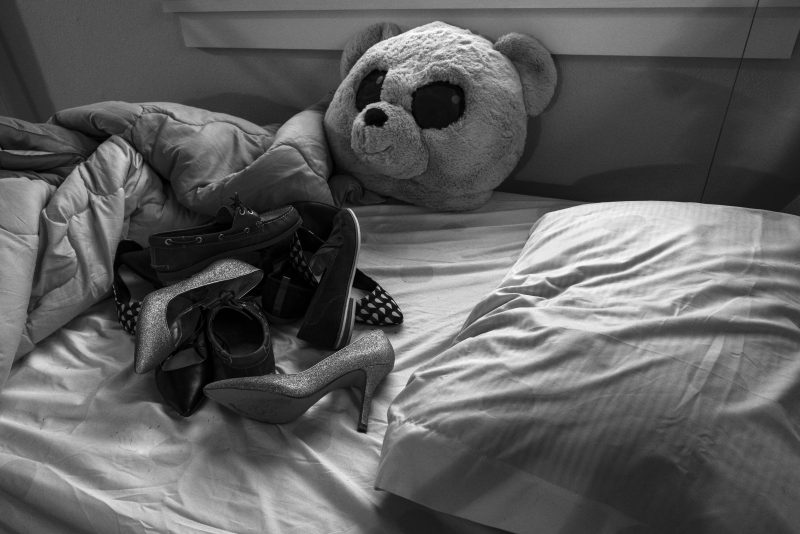 When he was there he didn’t see the guy, but he still knew: He should’ve just gone home. And what to get now.

A walk. They’d take a walk. Walk til they wore out all their shoes, so he’d have to get some more. He was so good at picking them out. This was confirmed.

Also when to look up at the stop sign and what to do if it’s just a stop sign.

What to talk about the next day—the big game again, what else.

All these things to remember. But he was fine with it.

The angle to look at it from. Something about the windowsill over the bed.

What to watch next when it was his turn in two weeks—something from the New Releases.

Always go to the Can & Bottle Redemption Center instead of the Recycling Center. It’s in the name.

That it was a Beech in the corner of the lot and Buffalo.

That he can always convince himself otherwise and that’s why.

It’s not only him and it has to stop.

Ryan McGuire is a self-taught artist, designer, and photographer. He is originally from Upstate New York but now lives and creates in Grinnell, Iowa, with his wife and cat. Ryan’s public art has been installed in cities across the country, and his photographs have been featured in a Hollywood movie, books, advertising campaigns, and major publications including Print Magazine, Fast Company, Forbes, and Popular Science.

Nathan Dragon lives in Western Massachusetts with his best friend and partner. Dragon is currently writing short stories and something longer about a marine biologist.