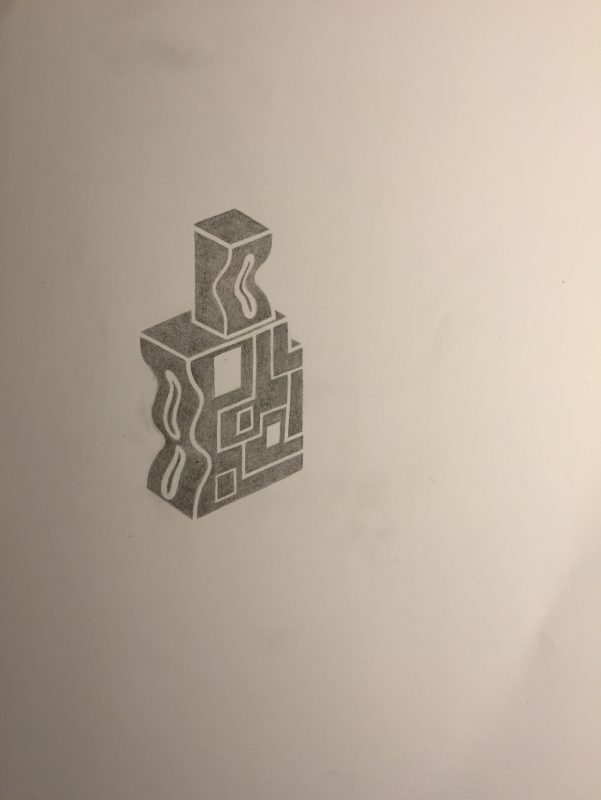 Minda’s mouth was like the aftermath of a knife, the slice of something sharp into an overripe piece of fruit. It was a hollow where someone dug out the rot to spare the flesh from corruption. When her lips peeled back over cluttered teeth, they held jagged darkness and a fat larval tongue that lolled in the damp.

I could crawl into you, that tongue babbled, flicking at its molar bed. I could rest there; I could make a meal from it.

The opening to Minda’s face was a welling cut that bled juice in pulpy dribbles down her cheeks. The rest of her was dry toast in comparison to the sugared decomp of that mouth. Her teeth gave off an aroma like burnt wood doused after a fire. The larvae burrowed into those damp creases and waited for an opening.

When she kissed girls, they tasted previous conquests. They liked her best with her mouth half-open, not too wide, at least not enough to let it all out at once. A little decay was like a sip of wine; heady, with a bitter aftertaste that reminded them of browning orange blossoms.

Girls held Minda like spun glass and pressed their fingers to her lips when her tongue worked to open the slit.

Shh, those fingers pressed. If you open too quick, we can’t bud. 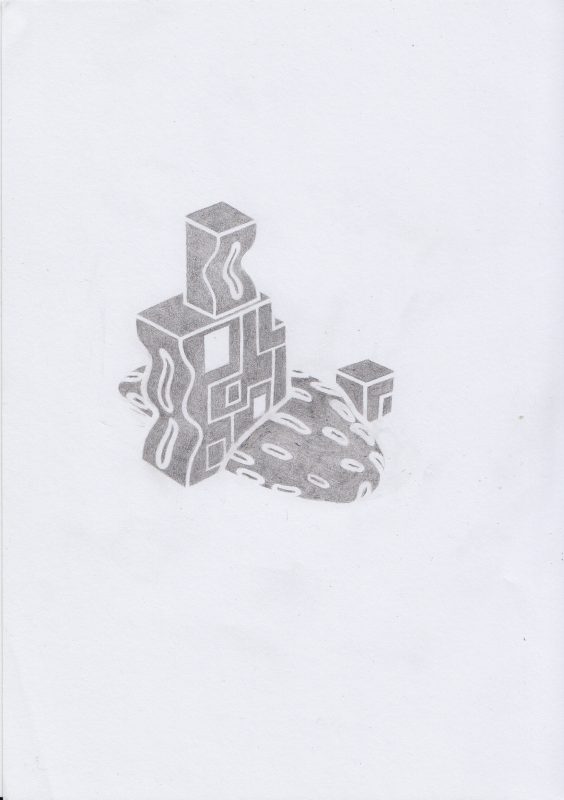 On the phone with her mother, Minda listened with her ears and exhaled through her nose and kept her lips sealed to prevent contamination. Her mother’s mouth was a pursed thing, screwed into a master lock. When Minda heard her mother speak, she could also hear her father breathing through the receiver, down through the telephone line. It was a hungry sound that burrowed into her head and wouldn’t leave until later on, when she could open up and spit it in the sink. It came out orange and red, yellow and green, pink and black. It came out coating her larval tongue with a chalky white paste.

After these calls, Minda lay in bed and tasted bile for hours. When a girl came over, she opened her arms and opened her legs and let them fall above her, let them slide into her, tried to open her mouth and take them there, but met resistance.

Not now, not that. Later. When I’m ready.

Ready meant never to Minda, whose tongue sat expectantly and prodded the seam. Impatient, she watched girls close their mouths around parts of her: the tender skin of her calf, her wrinkled elbow flesh, their square teeth clenching the taut line of her jugular. 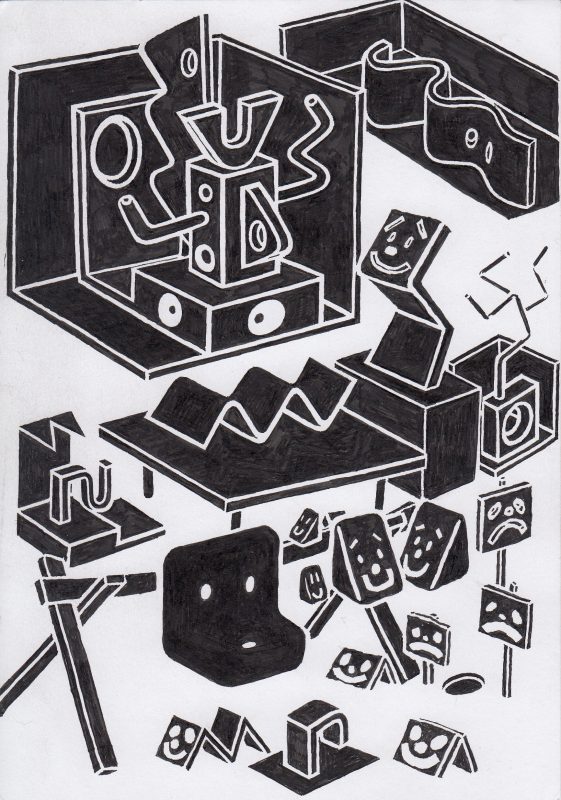 They played cards in the living room while they drank cold glasses of gin. Minda let the ice sit behind her teeth, trapped on her tongue, numbed her taste buds into something slick and dead. The television played a show about a young girl trapped in an amusement park. The girl’s hair was long and yellow and flew out behind her like a warning sign.

Gin and gin, her mother crowed, though she hadn’t had anything to drink and she wouldn’t sit down to play cards – not on the couch next to Minda, not on the floor next to the dog, and not on the kitchen chair she’d pulled to the very edge of the living room rug.

Minda’s father sat in the only armchair and he would sit there all night. He drank gin in big swallows and Minda drank gin in strained silence, letting liquor seep through the crack in her lips. Her tongue woke up from its stupor and threatened to lash out, swiping first left and then right. Her teeth carried grains of salt from their unwashed night.

Gin, her father said, swirling his glass. Gin is gin.

Minda crunched a cube and let the sharpness bleed her cheek.

The dog opened its mouth in a very wide yawn, showing off a speckled pink uvula and a tongue like a stick of bubble gum. Minda’s mother crooned and pet the dog’s back, poked her finger in its mouth, let that tongue swipe a sticky stripe up the dry skin of her forearm. 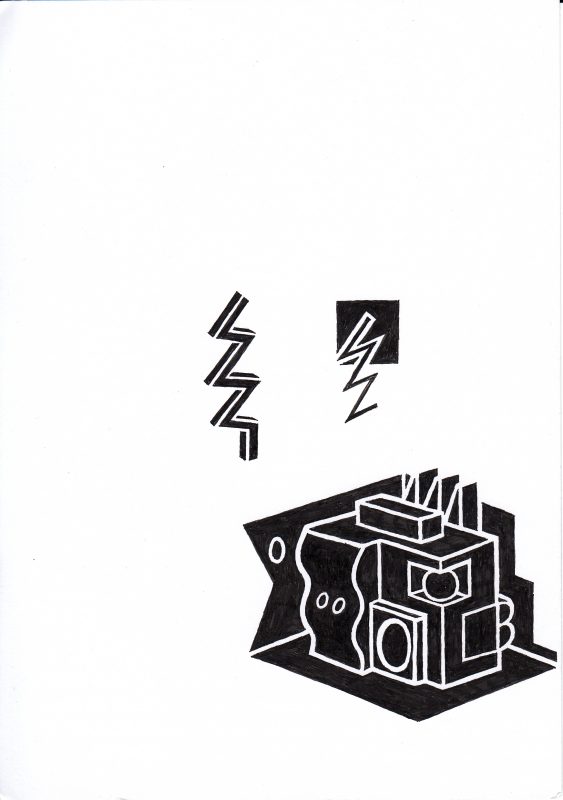 Alone in her apartment, Minda sat on the edge of the bed and watched lightning lick the sides of the buildings, turning everything corpse white and gray. The windows were dark holes like pulled teeth, the sills bloody roots where the rain let in under the frames and puddled up to spill.

Branches broke off, toothpicks scattering across the roof. Her mouth unsealed, resealed, unsealed. Her tongue tasted the damp air like it was looking for meat.

There was a woman screaming – except all the girls had gone and none would be back for a long while. Minda looked down into a wide sea that used to be called a lawn. There was a bundle stuffed beneath her broken patio chair, a crumpled thing like an abandoned child pawing at the sky.

The cat yelled when Minda touched it, shredded the flesh of her arms in places she didn’t know could be cut. Inside the bedroom, the cat rubbed its watered body over every dry surface; every clean thing coated with a fine layer of fur. It wouldn’t touch the things Minda laid out for it – oily tuna in its tin bed, the lukewarm milk with its skin attached. The cat crawled deep beneath her dresser, made a home with the other dust balls that lined the baseboards.

In the night, Minda woke to heavy pressure on her chest. She met the gaze of the cat, its eyes twin green mirrors, breath such a delicate thing it only stirred the smallest hairs above her lip. 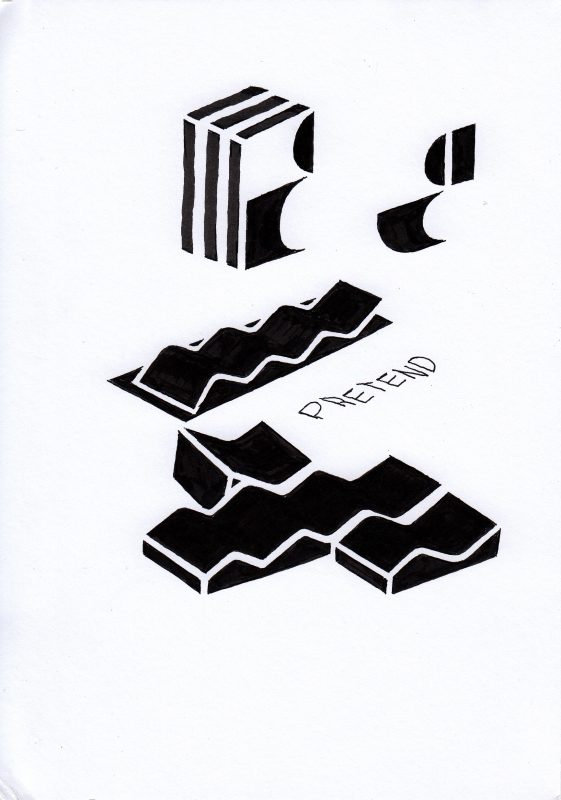 What’s that thing, girls asked, hovering over Minda in bed. Their hands clutched at her possessively, gripping her hips until the flesh bulged between their fingers. Does it bite?

In the middle of the night, the cat crept between their bodies and curled up into Minda, into the hollow space of her throat. It left prints there, red stripes like a tigers uncareful mark. It wasn’t sweet or forgiving. She left the cat alone. It only bothered with her in the dark, when she lay quiet and unmoving.

Her room collected fur, the girl’s feet moved it around the floor like a finger through dust. Fur on the walls, on the blades of the ceiling fan. Fur in the back of her throat, caught there in the damp like new growth sprouting fresh.

The cat had spots like army camouflage and an ear cocked back flat. Its tongue was a small, slivered slug made of gritted glass. It crept underneath things, moved the way fish must dart under the sea, slick in their kelpy beds. In the ocean, you could watch the movement of the water and know the animals beneath moved at a completely separate pace. Her own tongue wagged at the thought – rolling and curling behind her incisors, sharpened into knives.

My turn, the girls said, covering Minda’s mouth. Just mine. Only mine.

When she turned her head, the cat watched her with disinterest. Its eyes were lamps going out across the neighborhood. 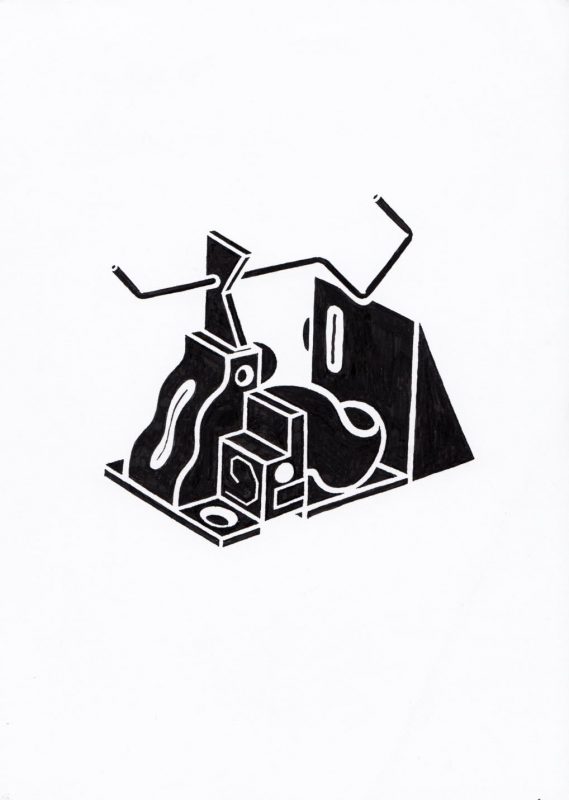 It took a lot to get Minda worked up. That’s what the girls all said about her, like she was a baby they had raised with some degree of difficulty.

She’s not easily upset, one of them said at dinner, their hand locked around the back of Minda’s neck like a snakebite. It’s like she’s room temperature.

After the cat, Minda stayed in more. She sat crouched on the rug nearest the bed, picking lint off the weave with two pinched fingers. Cat liked to eat when all the lights were out. Minda shaded the windows and left little bites under the dresser and along the windowsills, sweeping out the bugs when they crawled over the spoiling meat.

When the girls came over, they dragged her up onto the covers and she let herself turn into clay, let herself be pliable, as always, but her ridges were starting to firm up. It wasn’t as easy as before. They grunted and moaned, pushed at her legs, positioning and repositioning her arms. They made faces of distaste. They asked Minda to stop being so needy.

Minda’s mouth was a live thing, a cocoon ready to burst open and spill its insides. Her tongue flexed along its roof and behind her graveyard of teeth, almost too big for its house.

In the dusky twilight, cat looked out at her from beneath the dresser. Eyes like twin suns, it moved forward until she was forced to close her own eyes or go blind from the brightness of it. 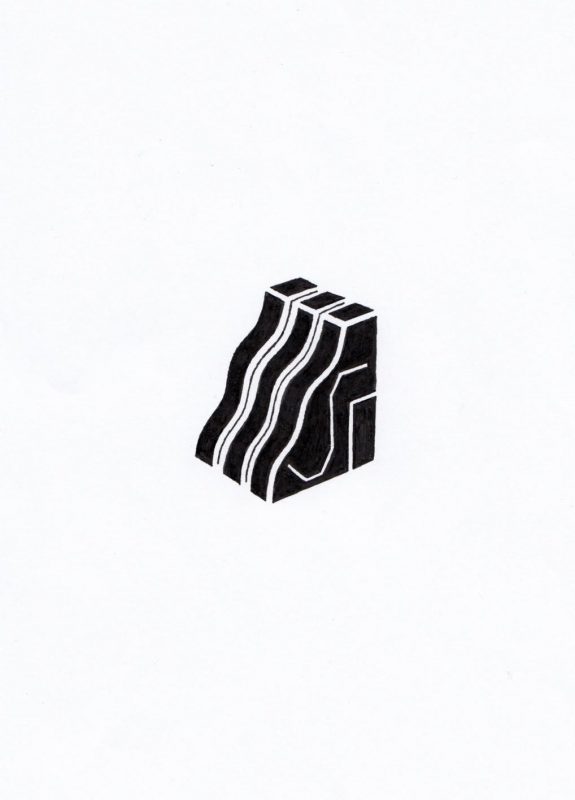 Sun striped the windowsill. Minda woke to the cat sitting solid on her chest, breathing tandem with the rise and fall of her breasts. She pressed a hand to its spotted side; let her fingers nestle in its ribs and span the fat lump of its belly. She felt the force of its stare on her face like a weight; giant, luminous eyes sliding toward her mouth and glancing off the seam where the larvae sat, pickling in its morning brine.

Her phone rang, shrill and jangling. There were messages from her mother and invitations from the girls. They told her what to do – where to be, how to move her body. They were all ways to be silent.

Hello, Hello. Come out, but stay still. Come here, but stay pliant. Let me have the things I want and leave the rest of you.

Minda didn’t move at all. Prone on the mattress, she waited for nightfall.

In the moody glow of the yellow moon, she watched the cat and the cat watched Minda; tail flicking, ears cocked. Nose like a divining rod that could smell out the rot at the heart of her. The animal’s weight was oppressive, constricting her air flow and denting her lungs. The larvae of her tongue wriggled at the entrance, long done waiting.

Cat settled back on its haunches as Minda’s mouth creaked open. Her hinges were rusty. When it leaped, she was ready for it. Their mouths met like sucker fish. She didn’t pull away.

Adam Raymont, born in New York and a RISD graduate, has been an active member in Berlin’s lively and influential contemporary art scene for the last eight years. He has executed various successful shows throughout the US, Europe and South America. Follow him on Instagram here.

Kristen Arnett is a fiction and essay writer who has held fellowships at Tin House, Kenyon Review, and Lambda Literary Foundation. She was awarded Ninth Letter’s 2015 Literary Award in Fiction and was runner-up for the 2016 Robert Watson Literary Prize at The Greensboro Review. Her work has either appeared or is upcoming at North American Review, The Normal School, The Greensboro Review, OSU’s The Journal, Portland Review, Ninth Letter, Grist Journal, Tin House Flash Fridays/The Guardian, Salon, The Rumpus, and elsewhere. Her debut story collection, Felt in the Jaw, is forthcoming from Split Lip Press in 2017. Find her on twitter here.