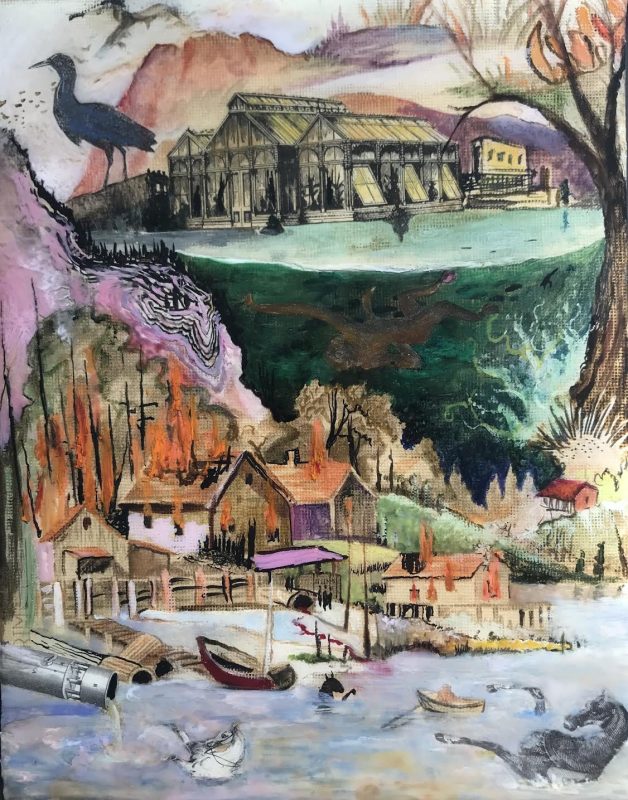 Although it was a clear day, no matter how hard I looked, the Sun was nowhere in sight, so I burned down a few buildings as a reminder of that celestial light. The horses in the stable ran for dear life. They jumped into the nearby lake. One horse dog-paddled to safety while the other one tried his best at the backstroke. The latter would drown. The drowned horse was loved. At its funeral people played horseshoes and drank rum mixed with lemonade. The eulogy was performed by a jockey from eastern Kentucky who proclaimed Appalachia had never seen a finer racehorse.

Everyone in that mountain town knew the lake was polluted with toxic waste. The mayor allowed a nearby toxic waste removal company to use the lake as its dumping grounds. No one minded because the animals that drank from that lake grew to prehistoric proportions. Birds the size of mountains could be seen flying above. Yes, on occasion, a person or two went missing, but the size of the turkeys and pigs that drank from that polluted lake would make the yearly town’s Thanksgiving and Christmas dinner parties beyond epic.

The mayor would drive around in a carriage made out of pure gold, but he was generous with his wealth. He built a botanic garden, free admittance for all, with an aquarium that housed a giant octopus that’d morph into a new creature once a month. Currently, the octopus was masquerading as a giant monkey. It would swim around those green waters without a care in the world.

When I was questioned by the local authorities about arson, I replied, “What happened to the Sun?”

The local authorities suddenly grew quiet. They looked at each other nervously. A couple of them even started to weep.

A magician of great renown was tasked by the town’s mayor with finding the Sun. His astronomical fee, no pun intended, was paid upfront. The magician did not ask or care where his money came from. Last time he asked, out of mere curiosity, he was forced to turn down the job due to a guilty conscience. Since then, he stopped asking questions regarding his payment.

The astronomical observatory and telescope he required of the mayor to construct in order to better help him with his task was nearing completion, when he noticed a dark speck that looked awfully familiar. An idea suddenly came to the magician of great renown’s cosmic mind, pun intended. He would trap that dark speck, which he was certain was the Sun.

He summoned both his indestructible cage and his trusted sidekick, a multi-colored snake with an infant’s face, and got to work. The snake, with powerful iron fangs, and a bite force of 100,000 pounds per square inch, bit into a cage bar and headed to outer space to trap the Sun. The magician and the snake summoned from the netherworld keep in touch via a physical link to a hose connector hole in the magician’s telekinesis-slash-communication helmet that used to be a fishbowl the magician bought at an invitation-only online auction.

Meanwhile, the magician performed an incantation from a scroll he had bought at a food stall in Dahab, Egypt to protect the snake from any harm while in outer space. Once the Sun was captured, a group of shadow people materialized near the magician. The head shadow raised both arms in the air and summoned spirits that took the form of black clouds, which were quite similar to the ominous pitch-black entities that engulfed the Earth’s Sun.

The monstrous snake with the baby’s head and iron fangs, henceforth referred to as Baby Snake, loved elephants, both for nourishment and entertainment. Now that the Sun was found and the contract was fulfilled, Baby Snake’s predatorial instincts kicked in, and the elephant below, which was actually a mammoth upon closer inspection, was its main focus. Main as opposed to sole because Baby Snake had other thoughts on its mind. The magician was communicating with it telepathically, letting Baby Snake know that it would allow it to wander around freely for an hour before it would send it back home.

Baby Snake loved gold, and the town’s mayor promised to give it a nice pair of golden earrings for a job well done, at least according to the magician’s words. Baby Snake met the magician of great renown as soon as it hatched. How the magician came across such a rare and dangerous mythological titan snake egg, was a mystery to Baby Snake. Baby Snake did have an idea as to how the magician made it down to Hades, but he didn’t want to pry, so he never asked the famed & strange magician. The magician never revealed his greatest magical secrets to anyone in order to preserve his life from enemies, and Baby Snake understood why. 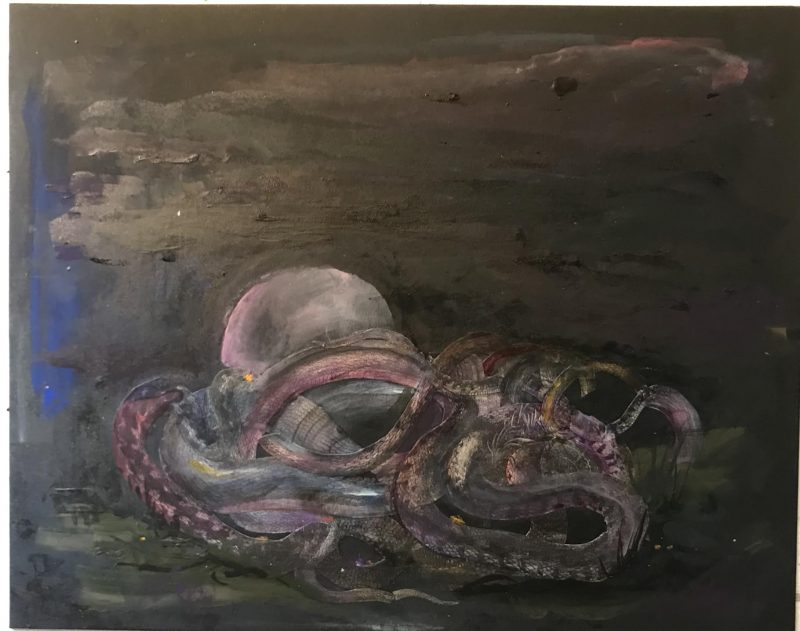 Baby Snake was a pensive creature. Once it was summoned back to the netherworld, it coiled itself up to relax, think, and try and stay warm. You would think the netherworld would be constantly warm, but it gets very cold during the nights. The netherworld was above ground, high up in the heavens. There are different types of heavens, the heavens where airplanes reign supreme, and the birds of the air look down on their prey, the heavens where planets, stars, and space stations dwell, and the heavens of the angelic creatures. The netherworld is a heaven occupied by the cursed angelic creatures who lost the epic war with their brethren. It lies somewhere below the heaven where angelic victors dwell. Of course, the magician of great renown would argue another heaven that dwells within the human mind exclusively also exists, but that is a discussion for another time. 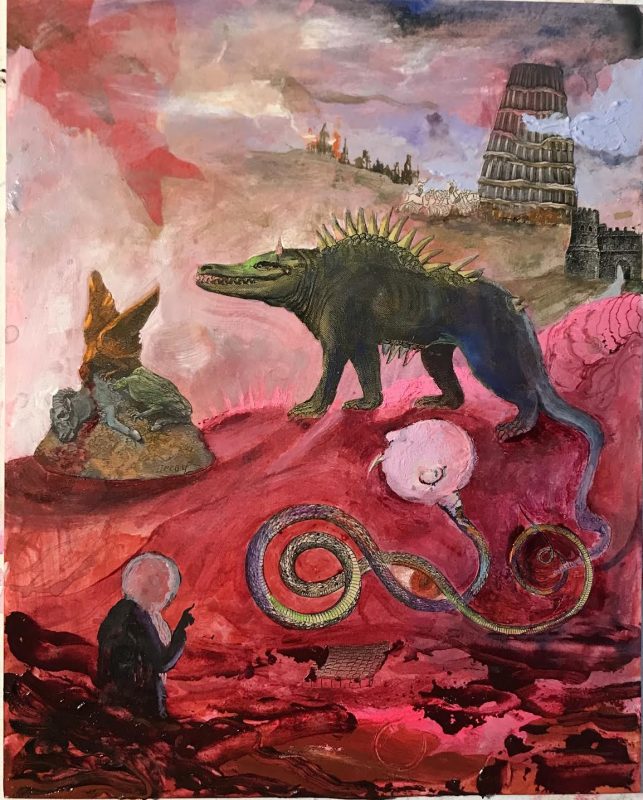 The soil was red, as if the Sun’s heart had been stabbed and bled into the ground below. There are always imitators. The fires I started in remembrance of the missing Sun what seems like a millennia ago were the starting points for others to burn down castles, farms, and stables for their own purposes. Cities and towns throughout our land started to burn and continue to do so as far as the eye can see. But let’s get back to stabbing, which is exactly what the birds of prey were doing with their beaks to the poor ram that was placed on the rock by the magician of great renown. The magician set it there to see who would eat it first, the birds of prey, the crocodile dragon or Baby Snake. The magician was planning on streaming it live on his YouTube channel, but at the last moment he changed his mind. Instead, he started talking to an invisible entity while the crocodile dragon headed over towards the sacrificial altar where the birds of prey were occupied with their meal.

Unbeknownst to anyone, a local king with binoculars was looking out from a nearby castle plotting his next move. The local king had killed a dragon before, and he wanted to add a crocodile dragon to his list. He recognized the task at hand would be difficult, but he was a king and had a castle, so he shouldn’t be underestimated.

Behind the castle stood a monstrosity of a building that housed ancient weapons of war. That was the reason the magician was in the vicinity. He had done extensive research. He was also aware of the local king’s treacherous ways, and finding out through Baby Snake about crocodile dragon, they met to also plot their next moves. 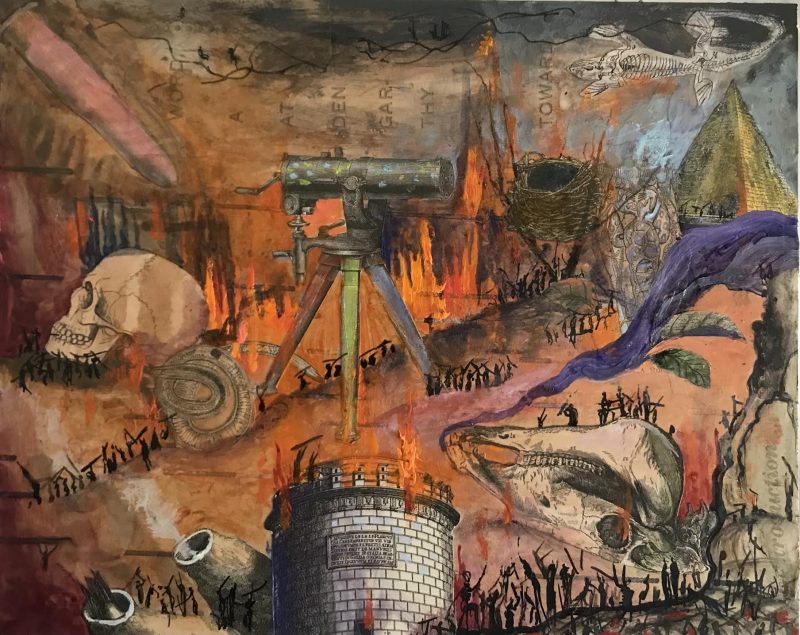 A pyramid rose out of the ground from the netherworld like an earth golem. Soldiers poured forth by the droves. Each warrior that exited from that pyramid was a deceased warrior of great renown from Flamma to Hercules to Cynane, the names of the heroes were endless. The victors danced on top of the skull of the crocodile dragon. No one could have foreseen the destruction that ensued. The magician of great renown even transformed himself into a formidable giant, defeating dozens upon dozens of famed reanimated warriors, but in the end, his massive skull was in full display in the battlefield.

The warriors raided the building that housed the ancient weapons of war, and it was of great benefit to them. The king inside his castle watched from his tower and turned ghostly pale when he saw Amazonian warriors setting fire to his castle. He did not expect such as tragic end. Baby Snake held out the longest, killing a number of famed warriors such as Achilles, Joan of Arc, John Henry, and Robin of Locksley, but in the end, the heroes were too numerous, and Baby Snake could be seen being burned alive.

The king of the netherworld was unhappy with Baby Snake signing a contract with a human, i.e., the magician of great renown, so after much careful planning, he decided to take action. He reanimated all of the strongest warriors who dwelt in the netherworld in flesh form to teach the crocodile dragon, Baby Snake, and the magician a lesson. Sadly, once a hero is reanimated and dies a second time, their soul disappears. The king of the netherworld lost over half of his heroes taking out three formidable enemies. The invisible entity that had been speaking to the magician snuck quietly away without being noticed. 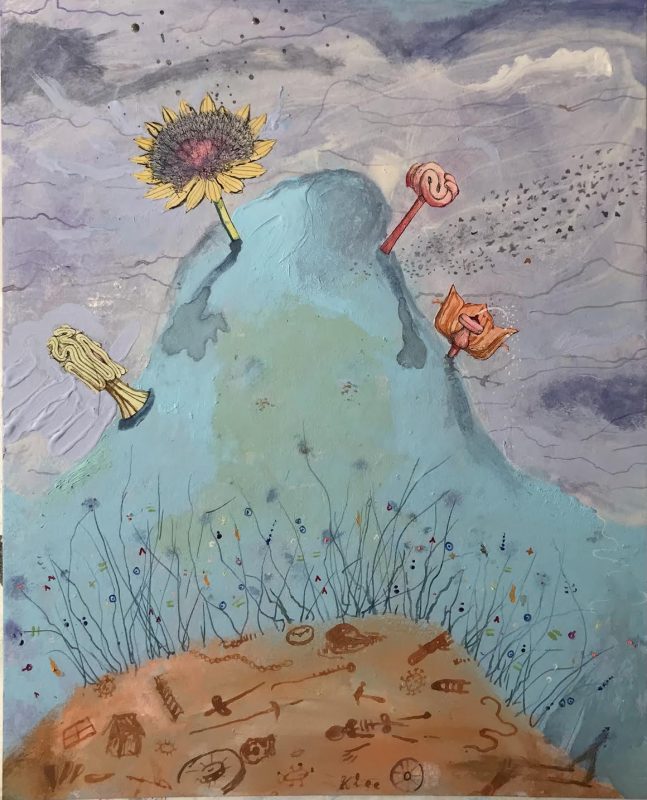 The translucent blob was sent to Earth to collect the ancient weapons of war scattered throughout that ferocious battle started by the netherworld’s king. Those weapons contained secrets not meant for mere mortals. The translucent blob did not have horns on his head. They were just two really sharp shadows that grew where his horns would have normally grown. Many a creature had been impaled by that benevolent creature. His eyes expressed pure kindness yet had seen more mountains of corpses than Death itself. It had such a peaceful appearance, yet that translucent blob, or translucent blood as he was known through the universe, was also sent from the victors of the ancient heavenly war to devour the king of the netherworld’s soul, which would be a walk in the park to an omnipotent creature such as the translucent blob. The translucent blob wore a popular flower of every planet he conquered. He wore three strange flowers from conquered planets not known to any botanist on our blue planet, but the fourth one, a sunflower, was well beloved by humanity.

Josh Dorman lives and works in New York City and in the Catskills Mountains. His work is represented by Ryan Lee Gallery in New York City, Koplin Del Rio in Seattle, and  John Martin Gallery in London. His work is in private collections around the world and in several U.S. museums. His shows have been reviewed in ArtNews, Art in America, LA Times, BOMB Magazine, The Paris Review, Modern Painters, ArtForum, and The New Yorker. He’s been the subject of essays by Paul Auster, Michael Chabon and Nam Le. Dorman has been a visiting artist and lecturer at numerous institutions, including The Art Academy London, Skidmore College, Maryland Institute of Art, the Welch School of Art & Design, and Mass Art.