From inside the cold, restless house, where a routine venture to the fridge reminds you not only of your shortage of food but of your loneliness and isolation, you can look out to see that it sleeps now in the driveway, under the sun, waiting. Waiting for you. So that when it opens its eyes, it is you by its side. You enter, slowly. Its warmth clutches you, swallows you, intoxicates you, pulls you in further. You shiver, no longer out of cold restlessness but of sheer pleasure and possibility. Your car, your sanctuary to drift into gentle dream. 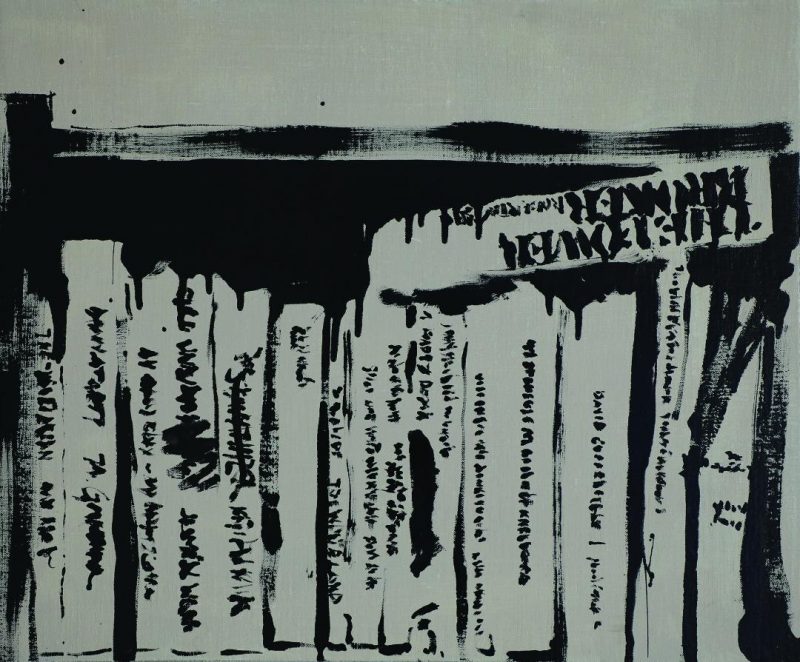 One observation I made after rearranging my room is that the breeze by the window is significant. Enough to make me think that the books on the redwood shelf must have been cold the past two years.

If you try to defend me—“but the summer months are not cold! Certainly the books are fine. You did no wrong.”

I would respond—“perhaps temperature in the summer is a non-issue. This point I can concede. But to be under direct sunlight, beaten down and weathered by the sun, tainted by particles that belong outdoors, and subjected to the song of planes at all hours—no, the books cannot be fine. I have wronged them.”

Just between us, I confess that the amount of dust that accumulated behind the shelf and underneath the curtain is unacceptable, yet another sign of my gross neglect. Enough dust to turn golden lungs asthmatic.

Accordingly, I have moved the books—and the redwood shelf—as far away from the window as my bedroom permits. Still, I carry with me the immense guilt and regret for my misconduct of the past two years, but also the satisfaction of having learned a valuable lesson, or two. 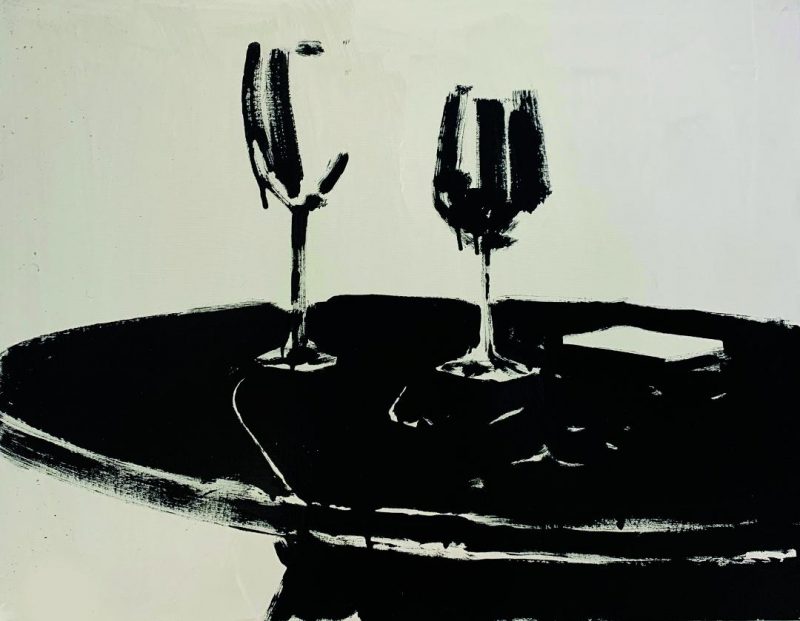 His guests had offered to help clean, to tidy this or that, or at least bring the soiled dishes to the sink. But he refused them all. Sent them all on their way with bellies full of lamb and wine. Before bed, after the last guest had departed, he took one final stroll through the house to curate the mess, to make sure it looked exactly right. He featured the wine glasses smeared with thumb prints and lipstick. Cocktail glasses, with a residual sip or a stained orange skin at the bottom, he also pulled forward. He formed piles of crookedly stacked, food-ridden plates to suggest haste—to show, ultimately, that there were dozens of people here, food in all its abundance, and too much drink—because what he really wanted was to wake up the following morning with the feeling of having thrown a party. He was less interested in the party than in its memory, after the fact. The glasses, the soiled dishes—these were reminders, tokens, that people existed in his life and that these people, who existed, were in his company only the night before. No, the mess was not a burden but a souvenir. Something worth cultivating. He spent the day after his party—no more than one—admiring the mess and tending to it. He took several photographs of and with the mess in strange angles and lighting so that, years later, he would be able to recall exactly how it looked. Perhaps even conduct a reenactment. For it is only after the mess is no longer that one can question whether the party ever took place.

She sat on his lap and sang to him with closed eyes.

She whispered, “This would be the song I perform in a dark bar to sad cowboys who understand.” She bit his ear.

His eyes were wide open. He could not imagine himself as one of the understanding cowboys in the dark bar of her fantasy. He neither “understood,” in the way she expected, nor resembled anything close to a cowboy. He had grown up in the city. She knew that. He had ridden a horse once in Mexico and it dominated him. This she didn’t know but could have guessed.

He wasn’t wrong. With her closed eyes her mind did wander elsewhere, somewhere far away from him, to a small town not a city, late at night, on a stage, in a dim bar, singing this song to two sad cowboys, who clearly understood. He—he was forgotten.

A couple weeks prior they had ventured down to the beach late at night. The moon was down, the water a fabric. She proposed a swim. He said why not. They stripped and ran into the water. They danced under the moon.

Once more, had a night stroller walking the coastline caught a glimpse of these two, he would have yearned for two full days afterward. He would have witnessed love at its purest.

But the two night-swimmers were far too cold to notice the beauty of the other. What could have been one of the tenderest moments of either of their lives—swimming and dancing in empty moonlit waters—was, unfortunately, a session of shivers void of any affection. So fixated on their individual cold they each might as well have been alone. But for the other’s body heat, they were useless. 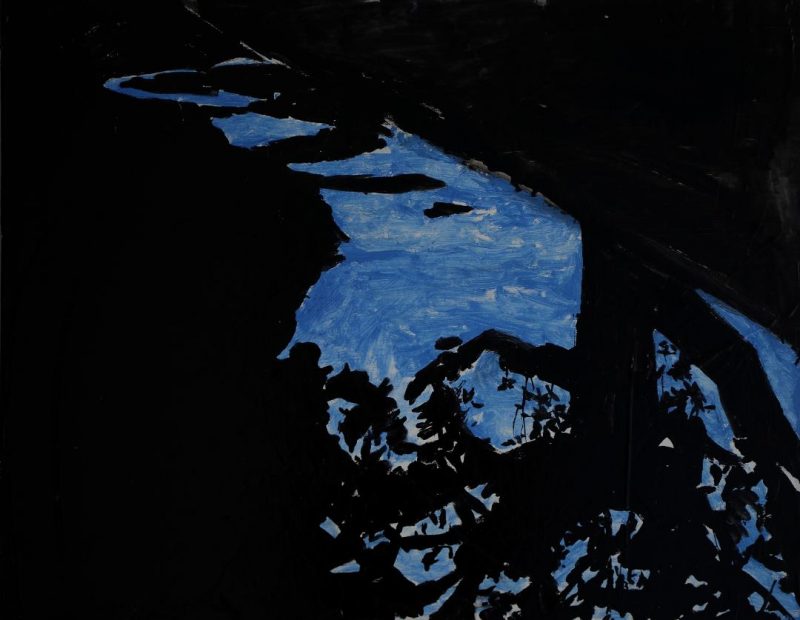 After dinner and after the rain, the four roommates took to their assigned positions on the floor in the dark living room beside the potted plants and the triptych window to discuss their prompt for the evening: whether shadows or puddles are more mysterious.

“I would hardly call shadows shy. I’ve seen pompous, threatening shadows. A grasshopper’s shadow once was bigger than my parents’ house. It could have eaten us in one bite!”

“I think puddles are more mysterious. Puddles are baby oceans.”

“An ant would think so.”

“An ant would think that a puddle is just another ocean. To ant, life is either land or ocean.”

“A horizon for ants is, what, two feet away?”

“Ants are blind. They can only smell their horizons.”

“And taste them! I wonder what a horizon would taste like anyhow.”

“What about the temporariness of puddles, how in one hour a thirsty sun can suck it dry. Slurp it right up.”

“But shadows—they don’t need an hour—they disappear in an instant. Just turn on the light.”

The four roommates considered the idea of a disappearing shadow. One of them, the cheeky one, rolled backward and flicked on the light-switch. They all yelled and squinted their eyes. Another roommate, the protective one, dove and turned it dark again.

“Look at us! And we say shadows are the ones afraid of light.”

My father is a straightforward man, quick to solve a problem, driven by logic, and well respected in the field of marine salvage. He also is a builder of sailboats—when he is not practicing maritime law—a sort of hobby he picked up inspired by his studies. With his colleagues he sails his boats around the world, to places like Ecuador, Zanzibar, the Croatian coast. There was a time when Dad encouraged me to join him on these trips, but I made it clear from a young age that I wasn’t interested in sailing. And him, he’s not interested in writing, at least the kind that I do (that is, writing outside the scope of his legal affairs; he is an excellent writer when it comes to the drafting of legal opinion).

When I suggested he compile his sailing adventures in a collection of written stories, fiction or nonfiction, whichever he preferred, he shrugged and said he would, with pleasure, recite the stories for me to write down myself.

About the time I was working on my second novel—he would have been in his late sixties, me in my mid-thirties—I hit a dry spell and told Dad I was stuck, out of ideas. We were in the car together on the way to dinner.

He said that’s not possible.

I said it is, it happened. I’ve gone dry.

He said, No, no. Your approach is all wrong.

I asked him what he knew about my approach.

He said, Look, all you have to do is start your work each day with the phrase, “In my dream ______.” Then write your dream out, the full flush. When you’ve finished, go back and delete the words “in my dream” because no one cares to read about your dream. You remove yourself and you have your story. 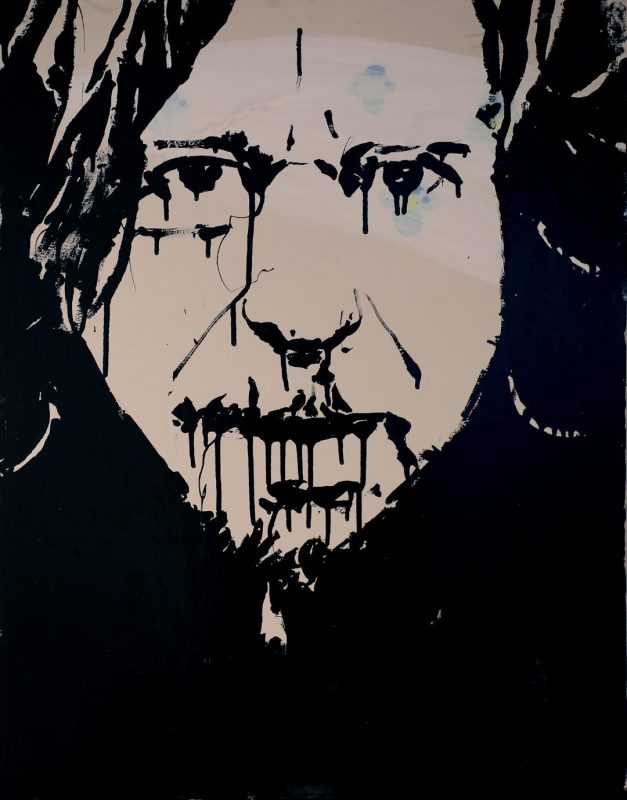 My older brother Adam and I once had a six-hour layover in Incheon. I insisted that we spend it in Seoul, seventyish minutes away by bus. Adam agreed and, wasting no time, he began researching the best way into the city.

It was early morning, still dark out, a twenty-eight-degree frost. We had only light sweaters.

Adam talked to people at the airport terminal and found the bus we needed while I stood over our backpacks, made sure our backpacks were safe.

On the heated bus, I listened to the hum of the engine and observed the blur of the gray Korean landscapes. Then I entered a soft sleep. I woke to Adam shaking my shoulder.

I had slept for an hour and a half. Tall buildings now towered over the bus like shady trees.

“Did you sleep, too?” I asked, looking up at a skyscraper tree.

He checked his map, then the window, then his map again.

I dozed off once more and he pulled at my arm.

I dragged myself around the streets, sleepy and cold, yawning and shivering. Adam gave me his sweater to wear.

We walked a few blocks, witnessed the city waking, felts its pulse, the markets coming to life, then we stopped for a coffee. Adam bought me a cup and a pastry.

I told Adam I noticed a bookstore right before we got off the bus. “Can we go?” I asked.

“It’s just down this street,” I said. I led us four blocks down the main road.

“A little further,” I said. No sign of a bookstore.

“I remember this street,” I said. “It’s one more block for sure.”

Two blocks later and still no bookstore, we turned around, dizzy from the cold.

We decided to take the train back to the airport. There was something secure, and warm, about being underground.

In the station I pointed toward a tunnel. “This way—this is the way to our train back to Incheon,” I said.

“I think our platform is over there,” he said. He pointed in the other direction. He was right.

“I’ll go buy the tickets,” I said. It was my last chance to be useful.

When I got to the machine, I had no money and my card declined.

Adam bought the tickets for the train back. 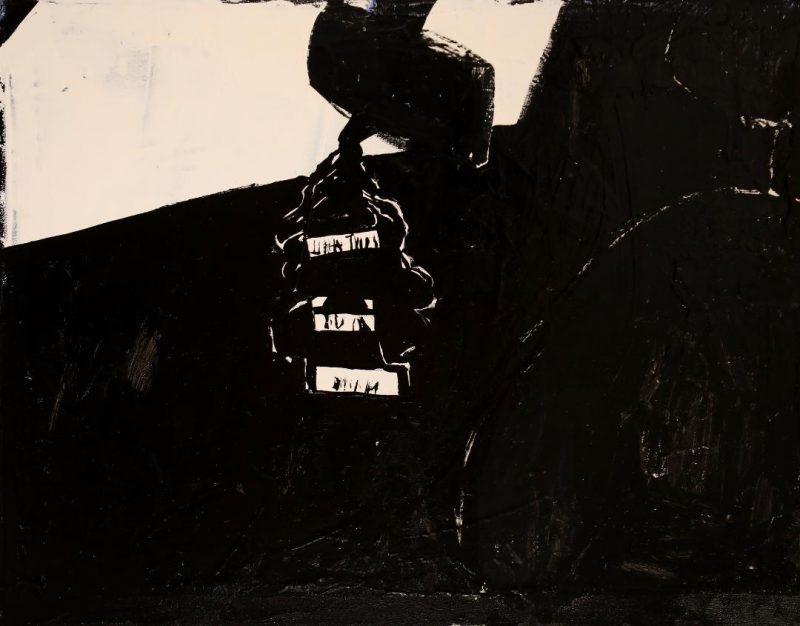 Samir Hakim is a writer from Los Angeles. He is the author of ASHTA, a novel. He studied economics and history at UCLA and is currently in his second year of law school.

Nick Perr lives and works in Los Angeles. He received a BA from UCLA in 2017 and has shared a home with Sam Hakim since 2013.