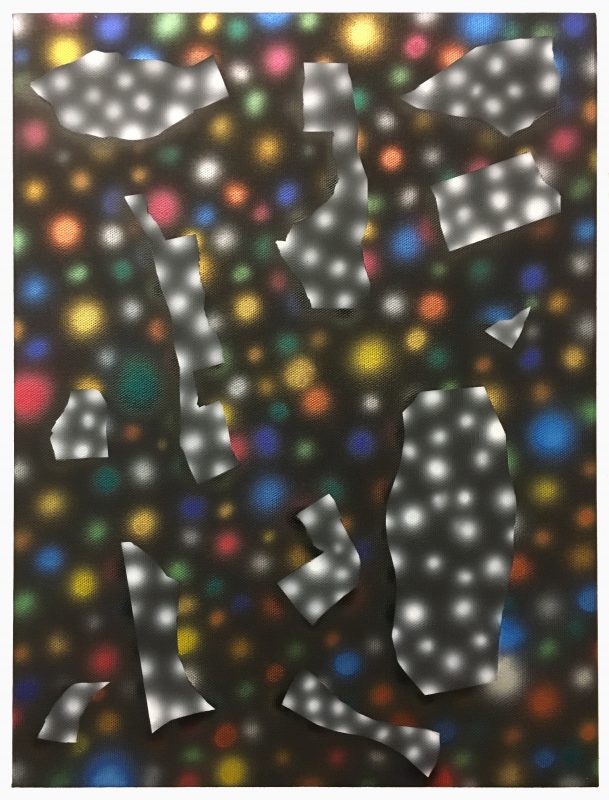 If time is a circus, I am the instant of accident. I’m the suspension of reality on all sides, the sound system crackling, shorting out, the human limb hanging out a lion’s mouth, that wheeze. Like is this real or is this the show? That’s me.

When I was a little kid, I went to the rehearsal for A Christmas Carol at some theatre in Sacramento. A person was supposed to come out of a trap door in the floor and emerge as a ghost. The person held the door up as they were emerging and there was a sudden light scream of rope. A sandbag fell and slammed on the weight of them, the cracked opening. The person was knocked unconscious. I remember wiping my hands on my pants, wondering if I was wrong, watching the other faces for a sign of safety or joke. No joke, the sound of the body hitting the floor was so loud it flashed.

“Emotion is born at the angle of one state with another state, writes Hélène Cixous in Stigmata. Like emotional states, like joy at perception and sensation and show, then horror. “At the passing, so brusque. Accident. Instant of alteration that takes us by surprise. And the body, which expresses itself before the word. First the cry, then the words.” 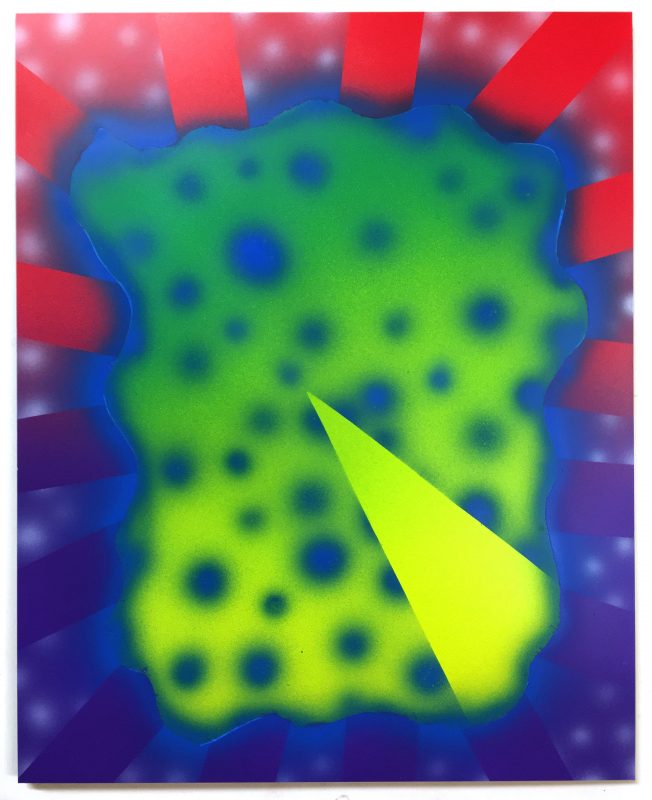 I keep thinking of time like color and how there’s something holy here together, our portrait.

“If only we listen, a language always speaks several languages at once, and runs with a single word in opposite directions,” Cixous writes in Stigmata.

I want to be the image’s interruption, a jagged edge of error, spittle caught on camera, catching a cheek, a bird breaking the image apart or the wind, the moment before heaving.

This morning, the sound of helicopter mixed with the birds. It mixed almost fully, sound like a swath or a swarm. It still is, is making moves on all the other noises, the palm trees are wet against the sound. A whisk of this noise is on us all the time, sometimes with the searchlight sweeping across the floor, sometimes a bullhorn, on edge.

This mix: yesterday, I spent almost all day reading about Eugenics. Urbanization and modernization were big players in it, I didn’t know. American/European “progress” has always meant a need to filter out non-normative, non-modern, nonadaptive “feral” humans, writes Sharon L. Snyder and David T. Mitchell in Cultural Locations of Disability.

This churning is a kind of song: we capture you. You’re rendered. It’s gone. Still, there are parts of us that slip out of control, like a slight smile. 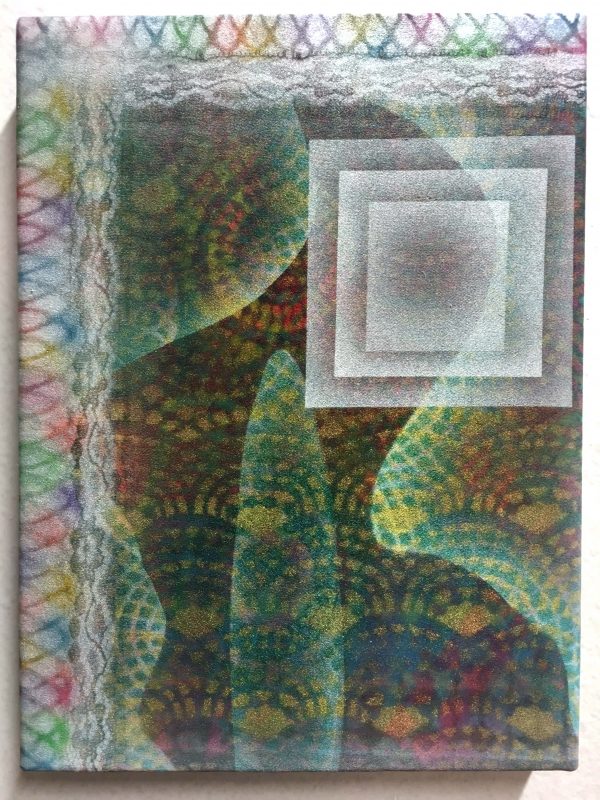 Maybe language is like a walk down a dirty street, a knotted sign, the dirt on the pad of my foot, just one side. There’s an orgasm in the wings always. What happens when stretching? Just shade, whole shades.

“Hasn’t the true function of the artist at any given moment been to disturb our everyday life?” writes Jaques Pezeu-Massabuau in A Philosophy of Discomfort ”To provide another meaning to sounds, colors, forms and the ‘language of the horde?’”

When I met Hélène Cixous, she said, what a beautiful interruption you are, Emerson. 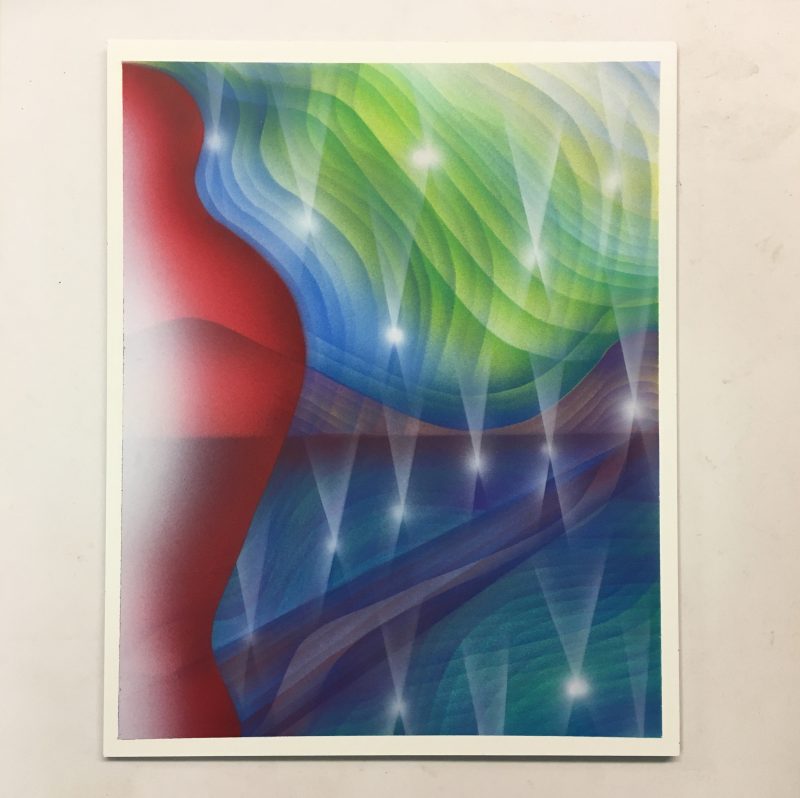 I’m thinking about feral children and how they were fetishized and studied and captured and killed because their captors meant to tame them.

”The thing that made the ‘feral child’ desirable—primitive deviance, if you will—can be accessed only by its own destruction,” write Snyder and Mitchell.

I can understand, maybe, the mindset of those missionaries who killed the feral kids by taming them. I do it with aspects of myself, parts of me that run off and out of control. I can’t tease myself apart from this, pain and living, maybe.

“Similarly,” continue Snyder and Mitchell, “disability draws the attentions of fields that seek to cure, fix, repair or deny its existence. Disability is a difference that exists only to be undone.”

“Through cure,” writes Eli Clare, “we believe we can control our fragile, changeable, adaptable selves…”

We kill what we love, writes Cixous. 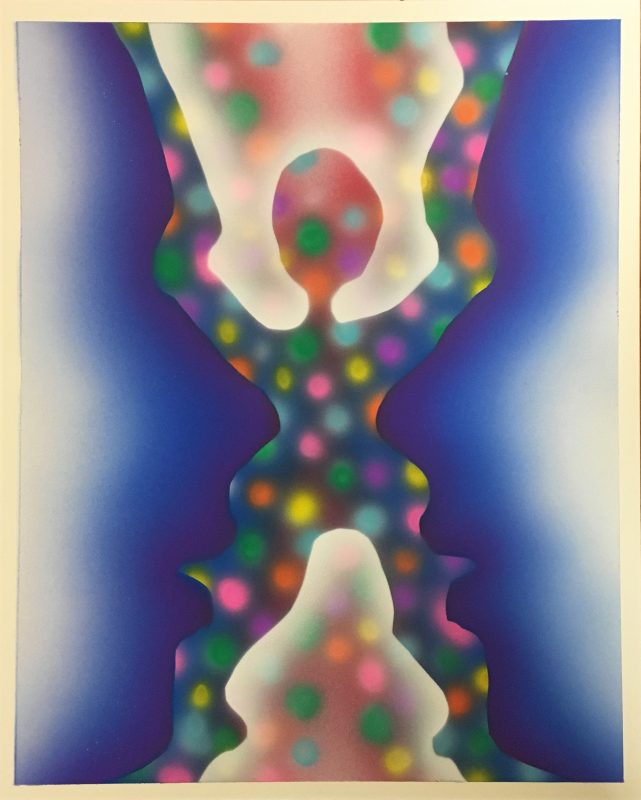 Connective tissue, apparently, is what’s lacking in my cervical spine, the atlas and axis aren’t held together, so my head bobbles and lists, just a bit, just enough.

Like right now, there’s a green pulse running from my jaw to my shoulder blade, feels sharp and thick, little fingers moving at my temple, shot through. I can get seized with a frenzy around this thickness, wanting to rip it off like shoulder pads or a football uniform, a jersey, the thick padding underneath, a cage kind of.

I want to leave it there, this discomfort. I want to allow it to do its thing, to join me in a kind of symbiosis. It takes and it gives. I learn so much from turning toward its pink heat, burning like breaking in and out of my nostrils, little traces of pink leaving, entering the atmosphere, moving back in, my ecosystem is one of pain, a swelling beating somewhere.

What if this pressure is really a sort of kindness? 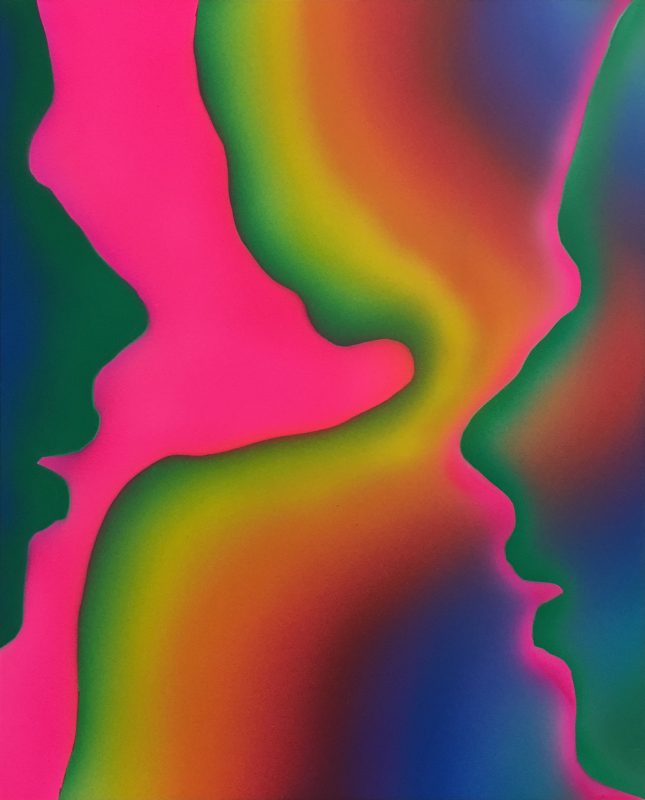 Near my house, there’s a green trail of water that’s carving a V into large concrete slabs the width of two semi-trucks in some places, hardly a yard across in others, this trickle lopes under more concrete bridges and is caged in, there’s a chainlink fence that runs high along the concrete bed. A trail runs on either side and tumbles along the brush and elderberry and low hills. I walk to this trickle often and look over the bridge into the dribble that snakes, furry with algae, past flaking palm trees and runners, a stream of cars somewhere, everywhere is the buzz of power, rats rustling, someone bumping a basketball against a garage.

This used to be the Los Angeles River, water that was so dangerous it got caged, dangerous because it flooded its banks in the late 19th century, caused death and destruction, and after that, city officials decided to concretize the river, reign it in.

I walk this trail and I touch my chest. There’s something aching in the water there, walled off. Sometimes there’s a sunset that frames the mountains from where this runoff comes, bright like bodies. I’m dangerous too, I realize.

When I picture this, I imagine a photo of myself with my back turned toward some camera, I’m making my mouth a knot, the raw end of light mixes past me. I am aware of a tension, the complexity of my body and this whole thing. I have hands for this, I realize, touching my own fingers.

Asher Katz is a multidisciplinary artist whose practice includes airbrushing, dyeing, collage, and print-making. His paintings are mostly non-objective and frequently employ brilliant chromatic colors to create illusions of texture and depth on silk-smooth surfaces. His earliest work was made in the darkroom, and light and chemistry-driven processes remain a through-line in his work. He is based in Healdsburg, California where he owns and operates Jacquard Products, a leading innovator and manufacturer of textile artist materials.