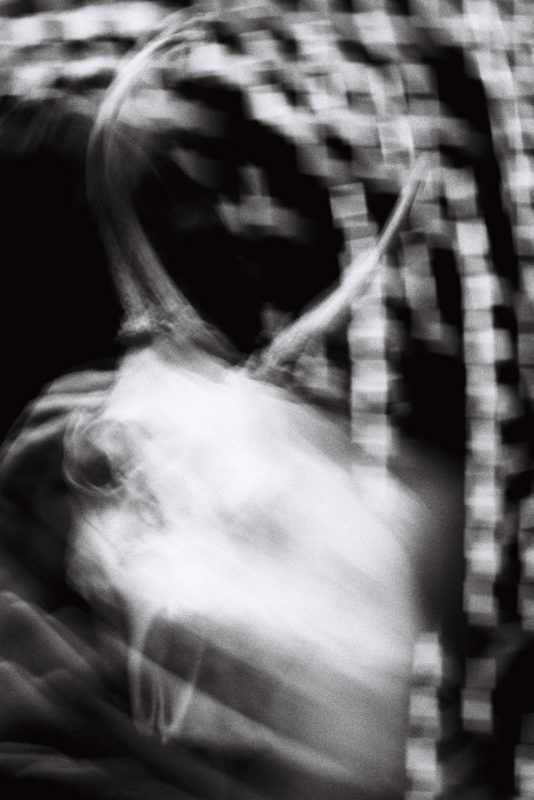 The antlered fish swam through the sea of spines trying to remember. I was looking for something. Keep away from the light… was that what the voice had said? He crossed from one darkness to another, listening for the faint pop… pop… beep that always preceded the rolling wave of white light from one arc of the horizon to the other, as if everything under the skin of the ocean was to be temporarily flattened for posterity by some enormous scanner. I must remember to shut my eye this time, he thought. Pop… pop… beep, he heard, then the vast mechanical creak. He opened his eye again. I was looking for something, he thought. He swam through the sea of spines trying to remember. 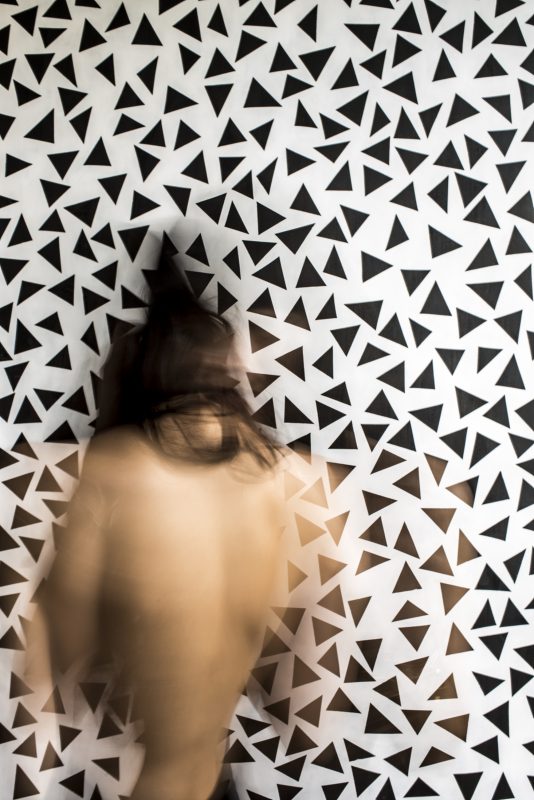 She walked by following her own reflection. A familiar blur on the red chrome surface of a passing car set her running after it, until she was caught up short by a wig she recognized as her own hair upon the head of a mannequin in a store window and lured inside to try on the dress the figure was draped in. This had gone on for years, but lately she had found herself plotting small acts of rebellion, not allowing herself to be tugged in a new direction by the fleeting pattern stamped nearby of her upper body upon a scrap of water left pinned to the pavement by a recent storm. One morning, she even walked backwards away from herself, as if the glass door of the building she had been about to enter was the frosted surface of a river that she thought might not be able to hold her weight. Have I been here before? she thought.

That was the end of the second day. 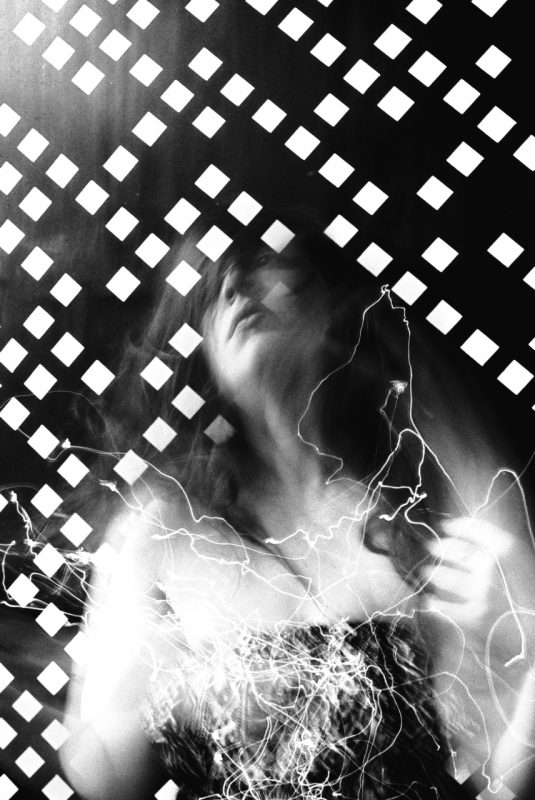 Can you send lightnings, that they may go, and say unto you, Here we are?

A ladder dropped from the sky and the small being ran towards it. Could this be its way back into the sky; it had told the story so many times, the sudden sting at each shoulder, like the sharp bite of twinned insects who must pursue their prey in synchronization, then the sense of lift, as if wings had sprung from the place the pair had punctured, as if they had left something of themselves and their own capacities there. But then the being had understood that it was being carried. Looking up, it had seen a great feathered enormity behind it, like the deities of the small creature’s mythology. I have been chosen, the creature had thought. At last, I am to be the sacrifice.

But then catastrophe had struck – another god had come upon them and the two majesties had fought. In the struggle the little beast had dropped back down to the ground. In vain had it leaped back toward the heavens without rising much further than the top of a pile of rocks nearby, as the great ones above separated and flew off in different directions, their prey forgotten, a faint trail dripping down briefly behind them of their battle until the trace was lost. Was that where the lightning would strike? the creature wondered now. It had seen how as the ladder rolled itself back into the sky, another one plummeted down. It dashed from one rust-stained spot, already touched, to another yet unstruck, regarding the sky hopefully, as the firmament opened up all around now, to let its burdens drop.

These were the events of the third day.

She denied the existence of her body. This was known as the delusion of negation. It existed in three stages: the Germination, the Blooming, and the Chronic phases. She withdrew from other people. Her view of the external world was distorted. She did not experience hallucinations. But the strength of her delusion was similar to that often found in schizophrenic patients.

I am becoming a flower, she thought. She felt within herself the presence of parts both male and female, as roses did, and lilies, and dandelions. She declined however to name herself as one of these. I am something new, she thought. A small host of bees came to lick the pollen off her cheeks and eyelids. She flung seeds from her fingers. Next, she thought, I will become a field. She imagined herself as a thrust of corn or a ripple of wheat, even an orchard of fruit-bearing trees.

And thus ended the evening of the fourth day. 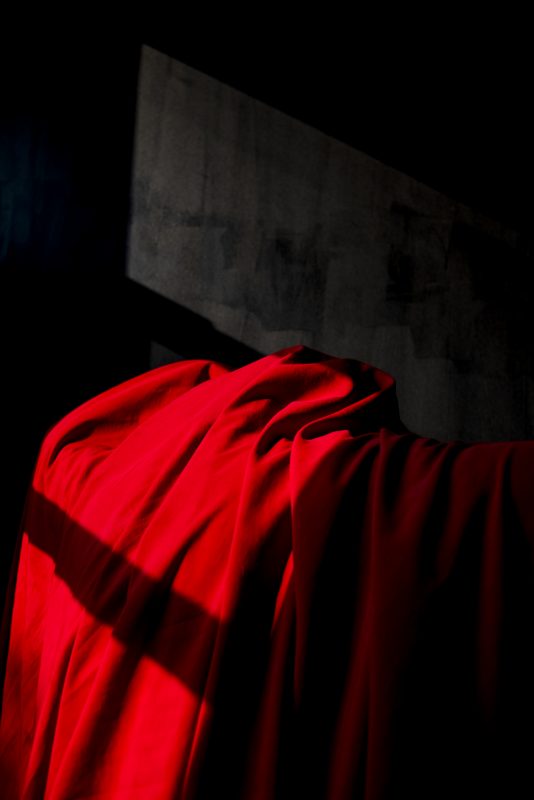 On the fifth day, separate the blue parts. Boil madder. Continue the ebullition to an impalpable powder. Strain the decoction into a paste, adding 4 ounces of aluminum, and as much more mastic. Suffer it to digest, then subject it to one more washing, kneading the mixture thoroughly into the reddening of a lady’s cloak where it is touched by shadow, the tint of that small part of lip that only becomes visible when a mouth opens to be kissed. These are the shades that are to be used for noble subjects, the ones that swell at that threshold where one color becomes another. 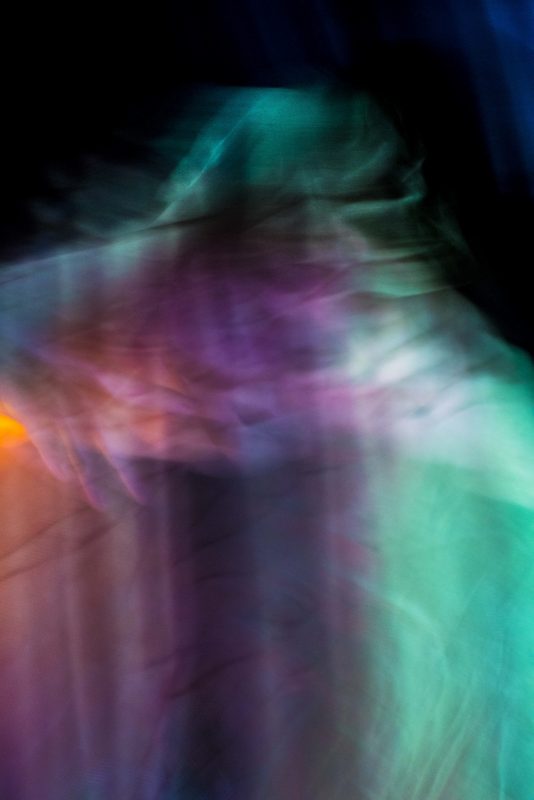 And it was evening, and it was morning, the sixth day. 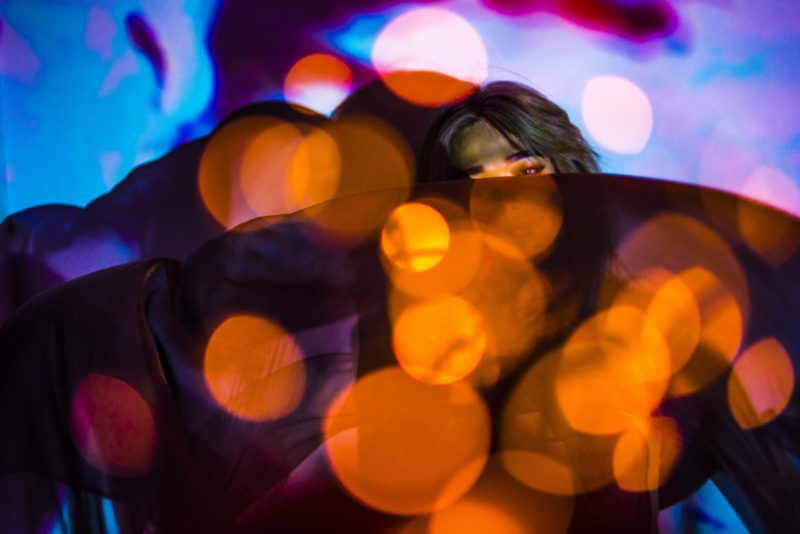 When you are tired enough anything seems like rest; the moment a needle is withdrawn from a piece of fabric after a stitch, the relief of a chair when after a long dinner it is empty once more, the movement of air through a fumigated building before the tent is removed and the occupants are allowed back in.  Every laborer has their own form of strike.  A door swells in the summer as if to protest its being opened.  The roller coaster hesitates before its drop.  The clock turns back.  But rulers too have their own set of demands.  No animal, however powerful, can break free from the imperative of the carousel.  A fish, though it rests, must continue to make some very slight motion with its fins.  Then there is the paradox of the child who refuses to sleep until the song is over, but as soon as it has ended quickly says, “Again.”

Alex Norelli is a visual artist, poet and musician currently based out of Brooklyn, New York. Norelli’s first book of poems, Leaning Against the Rain, was a self-published volume that inaugurated Blue Pear Projects as a publisher of experimental photography zines, music, shirts, and pins, as well as a curator of music and art events in Brooklyn. Follow Norelli’s work on instagram @lightisabettergod.

Michalle Gould’s first full-length collection of poetry, “Resurrection Party,” was published by Silver Birch Press and a finalist for the Writers League of Texas Book Award in poetry. Her work has appeared in Poetry, Slate, New England Review, The Texas Observer, The Toast, The Nervous Breakdown, The Awl, and others. Her poem “How Not To Need Resurrection” was recently adapted into a short film for the Motionpoems webseries. Other work has been set to music by the founder of the Washington Women in Jazz festival. Her entries incorporate found language from the wikipedia entry for “Cotard delusion” and 19th century recipes for mixing ultramarine and madder lake pigment. There is also a passage which draws inspiration from folk practices mentioned in Sir James George Frazier’s The Golden Bough.