Around the time that Kenny’s parrot crapped into my purse, I started feeling like I was in between lives. I had been a courtesan in a past life, according to my psychic friend, Lena. After servicing thousands of high-ranking men, I was decapitated by one of my clients in a neurosyphilitic rage. This was apparently the root of my chronic neck pain. Looking around Kenny’s apartment—a museum of condom wrappers and shit-hardened cage liner, every possible genre of container from trash bin to pizza box overflowing with rejected song lyrics and jizzy tissues—I was sure that this life would be ignored by past life regression therapists of the future. 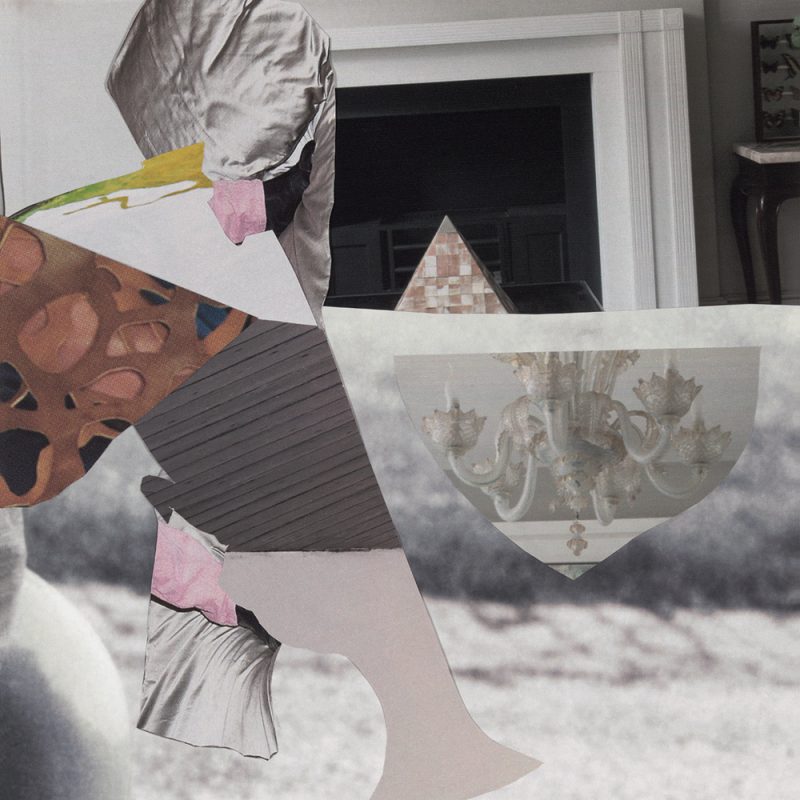 Kenny was on the couch next to me, picking at a turkey and mashed potato TV dinner that was only partially defrosted. He had sold his microwave and was oddly smug about it for reasons that had something to do with capitalism and surveillance. The mashed potatoes shattered as he chewed. His parrot was making me uneasy, lording over the room from his perch on the ceiling fan. He had glossy, black eyes that looked like they had been in someone’s mouth. I couldn’t tell if we were making eye contact.

“I’m going to go,” I said, pulling on my jacket. That too was spotted with the parrot’s shit, which bore an unsettling resemblance to pesto sauce.

I spat my gum into a pizza box.

“Didn’t you say you were leaving an hour ago?” he said.

Kenny eyed the pizza box in a way that made me sure he’d fish the gum out after I left. He had a thing for objects discarded by women, collected them under the nebulous guise of an art installation. 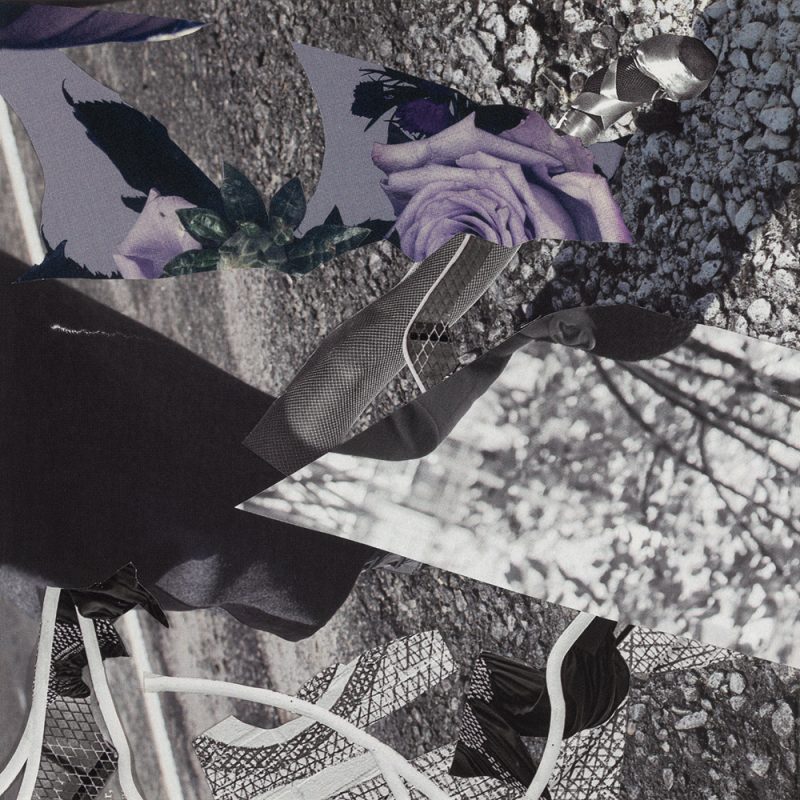 It was Thursday, my day off. I was coming off a string of night shifts and feeling, as I always did, estranged from the daytime and vaguely suspicious of its antics. Working nights had been my therapist’s suggestion. I couldn’t lush around my favorite bars until closing if I was chaperoning emergency room patients and their entourage six nights a week. At least, that was the idea. There was nothing stopping me from shifting my usual pastimes to the afternoon, except that there was, and his name was Kenny.

Lena had introduced us several months earlier. She wouldn’t tell me how she knew him, only that I would be grateful that she did. He was my amulet. I wasn’t sure what this meant exactly, but she had described it as spiritually akin to the fork I kept in my bag for protection. 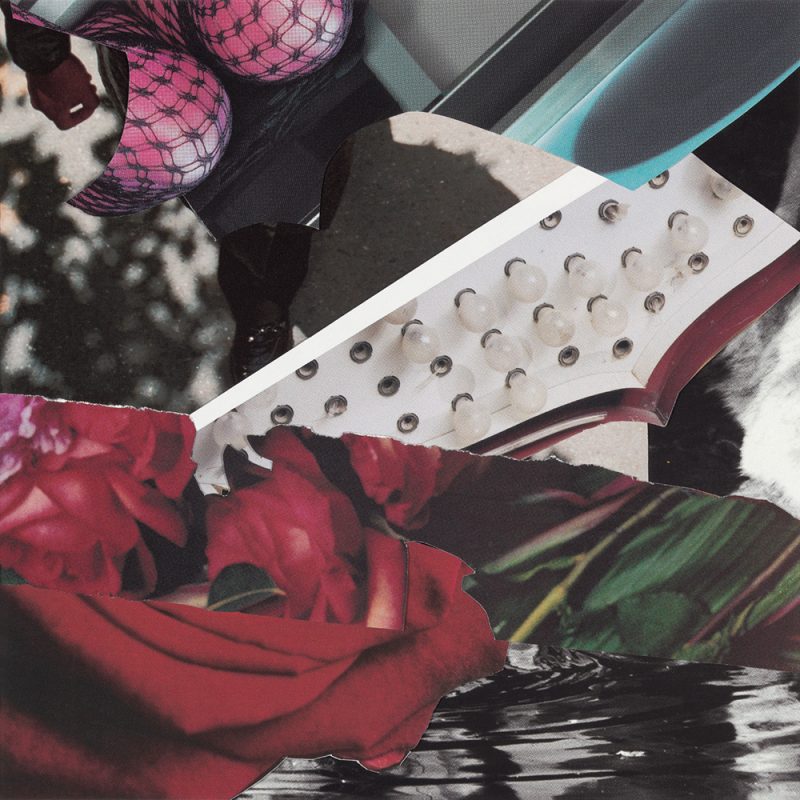 I spent most of my days off with Kenny. Always, I came to him. We’d watch whatever old movie was playing on television, often something moralistic involving gambling, murder, or threats to female chastity. We talked about his art, which he had yet to show me but described repeatedly as “controversial.” Some days he had the slow and subdued manner of a person who had suffered a traumatic brain injury. Other times, he was off-the-walls manic, stammering over conspiracy theories while his hands made pink lemonade. He had promised Lena not to use in front of me, and I could never tell if his erratic behavior was due to something he had taken just before my arrival, or if it was characteristic of his general demeanor. Sometimes, I sketched in a notebook while he napped. He gave me feedback on my sketches, seeing things in them that I hadn’t meant to make transparent. 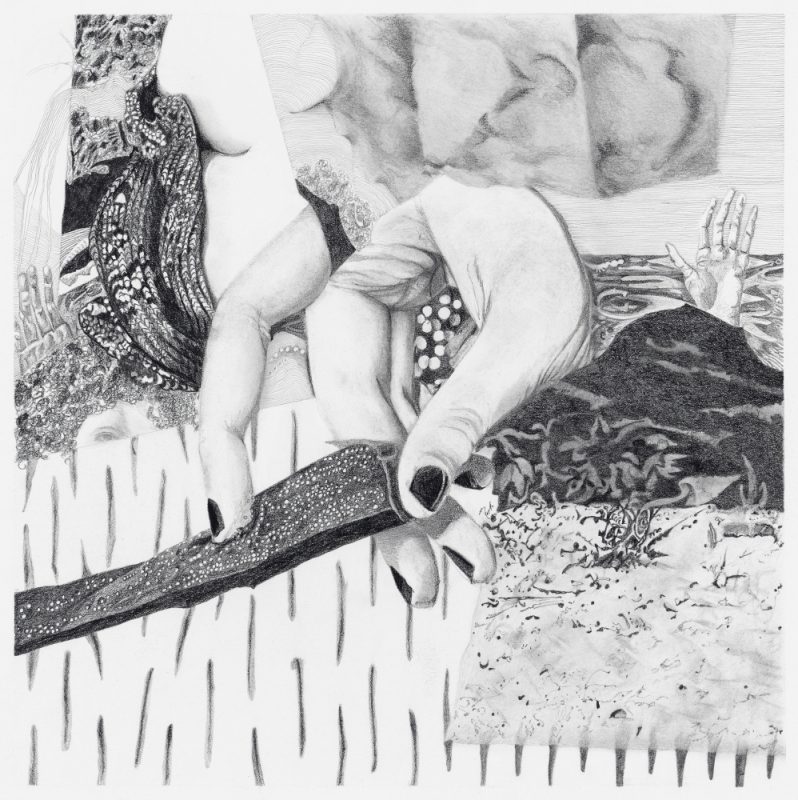 Lately, I had taken to riding the bus to random stops and walking around neighborhoods I didn’t know. I popped into bodegas, cataloguing in my notebook their selection of laundry detergents and off-brand gum. I tried to infer the kinds of danger people faced in different areas of the city by examining the contents of gas station first aid kits. I strolled through residential zones, wondering which were the types of places where people kept their blinds open, and when I found them, writing down what I saw. I’d expected to bear witness to a certain threshold of fucking and was surprised not to have encountered it yet. Mostly, I saw people watching television alone or eating alone, or watching television and eating with another person, interacting just enough to make me feel that they were still alone, alone together.

This was often at night, and always I had the sense that I was asking for trouble. There is something about the looks that people give you when you are a woman walking alone in the dark that makes you wonder if you deserve—desire even—whatever fate befalls you. I recalled a Saturday Night Live sketch about a telephone chat service for connecting lonely people, among them people who have been awake for so long they no longer have boundaries and women who want to be murdered. More than once, I wondered what homicide detectives would make of my notes. The lists comparing popular ice cream flavors by neighborhood and calculations of how often the local toddlers laughed when tickled would surely imply something about my life, though I couldn’t predict what. 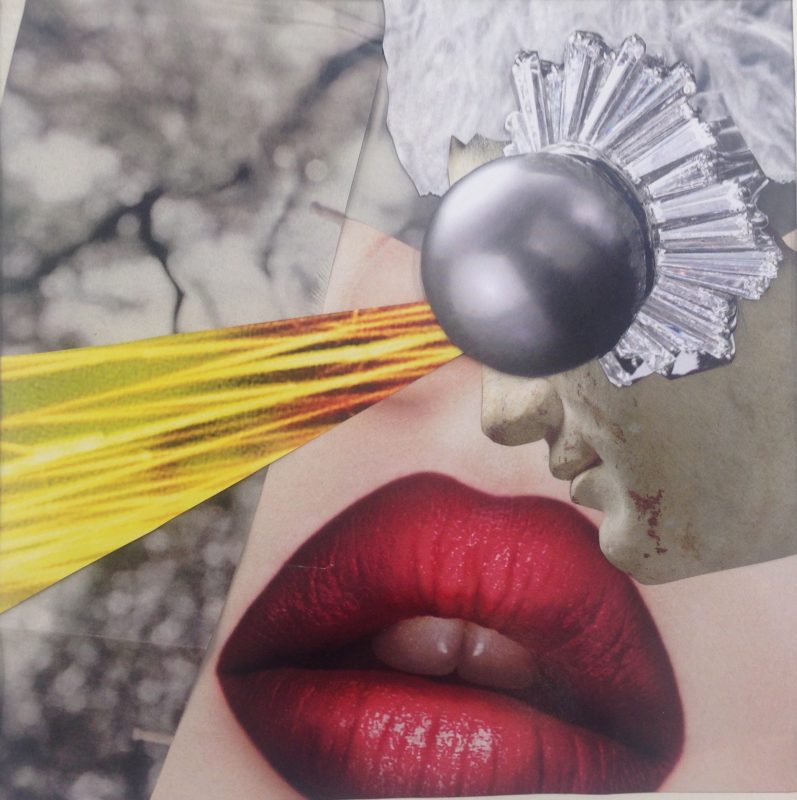 One time, I snuck into a community theatre, caught part of a Beckett play. The actors were all obese and aging inelegantly, their hair and skin nearly the same color. I arrived just as an elderly woman on stage emerged from inside a metal trash barrel, demanding, “Why this farce day after day?” Another time, I met a man. I was riding the swings at a neighborhood playground when he passed in front of me, walking his dog. He nodded and took the swing next to me, as though we had arranged to meet there. His little terrier climbed into my lap. We swung, silently, and I felt something break over me. Not peace exactly, but a soothing emptiness similar to what I felt standing naked in front of an open window after a bath, warm enough from the inside to not notice the wind’s chill. I hoped death was like that.

We made plans to meet the next day, same time, same place. Only, when I got off the bus the next night, the playground was not where I remembered. I wandered the streets for hours, looking for spots I had passed the previous night. Where was the library with hedges fashioned into hearts for Valentine’s Day? Where was the antique shop with the murderous ventriloquist’s dummy, the spice shop that hung pantyhose heavy with cinnamon from the ceiling? Eventually the sky began to lighten, and I caught the six a.m. bus home. I spent months looking for that playground, each of my nights off dedicated to finding it, to finding him. At one point, I wondered if I was the victim of a cruel performance art piece, the playground, maybe even the entire neighborhood, some kind of temporary set. I became suspicious that the man from the playground was Kenny in disguise, that tormenting women by destabilizing their sense of place was what made his art, as he called it, “controversial.” 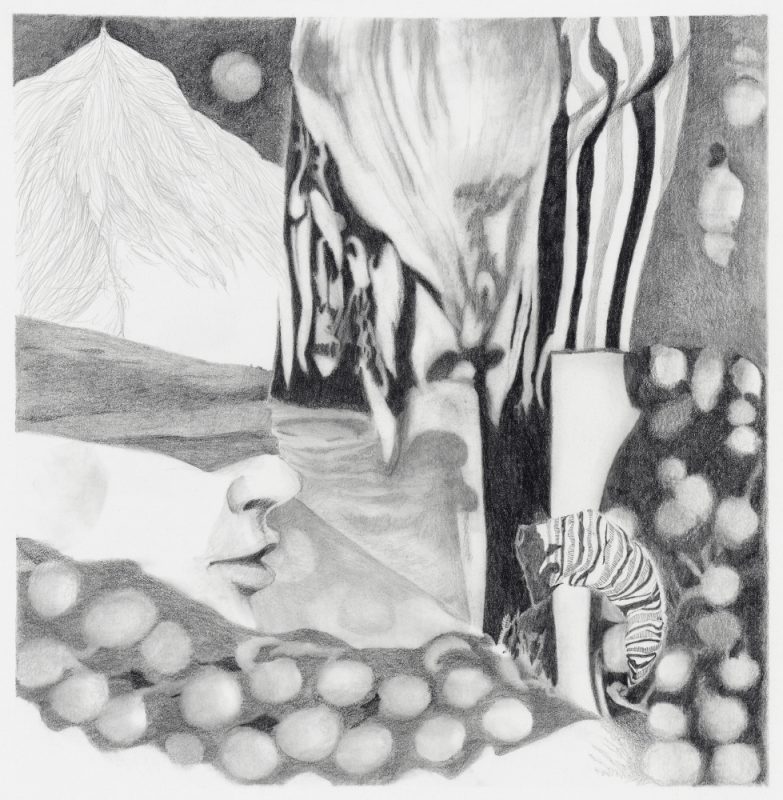 “You do you,” Kenny said. He summoned the parrot with a whistle, waiting for it to land on his shoulder before whispering something into its ear hole.

Outside, the wind was blowing so hard I nearly flew into oncoming traffic. I barely made it to the bus stop, my hair whipping wildly around me, braiding itself into my mouth and eyes. I got there right as the bus was pulling away. The next one wasn’t for another eighteen minutes. By that time, surely the bus stop, the wheelchair-bound man eating an old banana, the whole fucking city would be blown away. I began walking in the direction of my apartment, waiting for the universe to take me in its jaws or to forget me as usual. 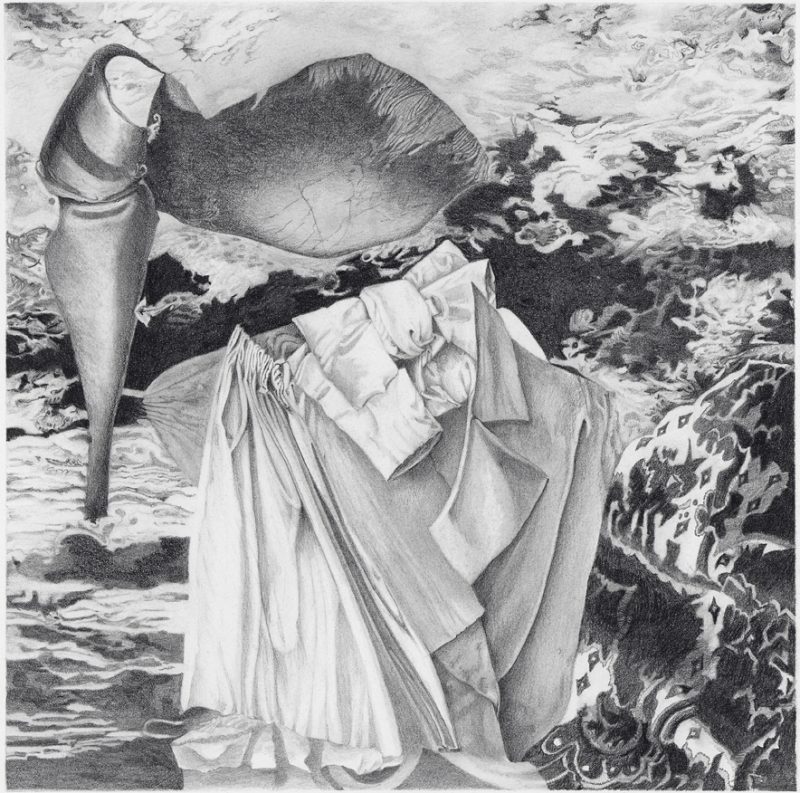 Originally from Moldova, Ruth Madievsky lives in Los Angeles. She is the author of a poetry collection, “Emergency Brake” (Tavern Books, 2016). Her poetry and fiction has appeared in The Iowa Review, Gulf Coast, Prairie Schooner, Rattle, ZYZZYVA, and elsewhere. She is a doctoral student at USC’s School of Pharmacy and a research assistant at an HIV clinic specializing in maternal care in Downtown Los Angeles.

Sarah Ratchye was born in North Dakota. She received a BS degree in Geology from Stanford University and in 1985, she earned a BFA degree with honors from Carnegie Mellon University. During the summer of her second year at CMU, in 1984, Sarah made etchings at the Kunsthandverk Press in Bergen, Norway. In 2005, Ratchye was awarded the Fellowship in Painting during her two years work toward her MFA at the San Francisco Art Institute. She received her MFA in Painting in 2007.