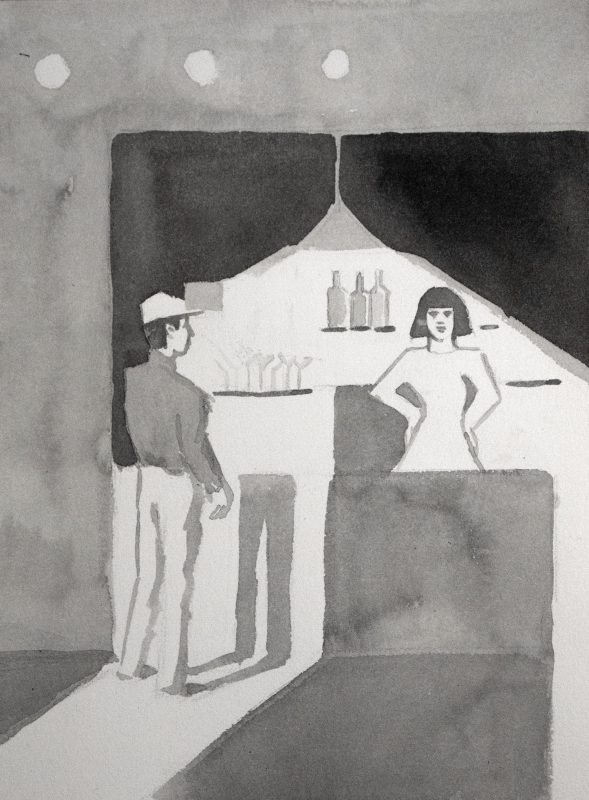 The patrons sweated, the drinks sweated, Mira sweated, droplets pooling under her eyelids, as if even her glass eye was perspiring. The air conditioning had been broken ever since she bought the place. Graeae, she’d called the bar that first day, offering to share her vision with her co-owner. She’d have passed over the eye too, that was tradition, but Ray had refused. The years had changed the name to Gray and the floor to an uneven russet, dimly illuminated by swinging lights with a tendency to flicker.

Ray kept taking drinks away from people who hadn’t quite finished them, depositing cocktail glasses and tumblers and steins on the bar in front of her with a clatter that the music didn’t entirely cover.

The thin stems of a cluster of martini glasses had confused the light. Mira ran her fingers through their shadows, untangling them. Sometimes, she’d lose those black triangle shapes in the early hours of the morning. Shattered pieces of darkness would swirl when she opened the door to let in the dawn.

“Chip those and you’ll have to throw them away,” Ray said.

Mira straightened out the corner of Ray’s shadow where it lay on the bar, smoothing down their everywhere hair.

“I’ll be careful,” she said. She was keeping an eye on the birthday party, who had just ordered shots; the couple on a date, one girl eager, the other more reserved; and the open door. 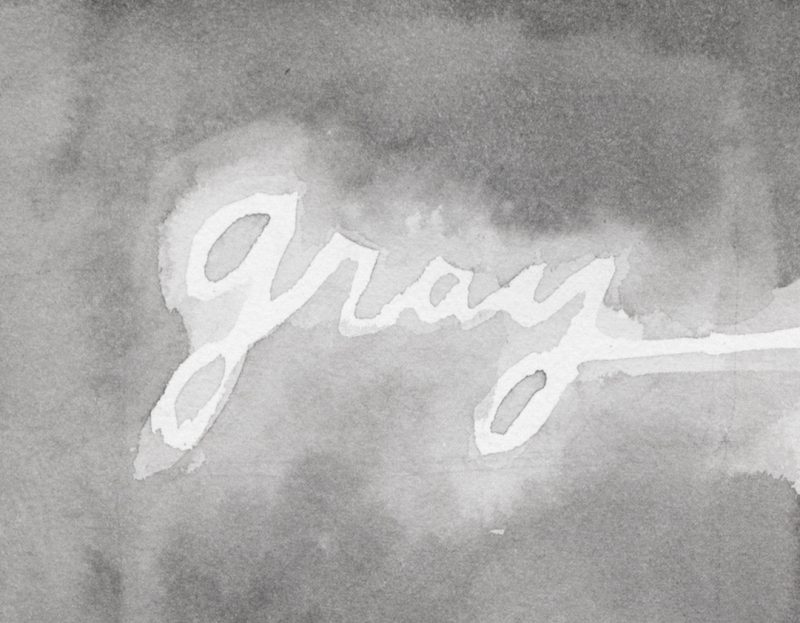 Different lights created different shadows. Neon created a thick depth, adding a third dimension to the dark, and fluorescent bleached out the black, making it flicker like stars.

Years ago, Ray had brought her a bookmark from the Museum of Shadows. It spread out from a single point into the form of a book, pages spread. When she turned it on its end, it wavered in the light and nearly vanished.

Ray’s baseball cap pooled shadows across their forehead and under their eyes. They enjoyed being understood only partially, or so Mira had always assumed. People were puzzles to them both but Mira enjoyed making the effort.

Dawn was closing time, no matter when dawn occurred. Mira shuffled the last few customers out while Ray swept the floor, knocking their broom into the feet of anyone who was too slow. After closing, they walked to the bridge and watched the light on the river. If she blurred her eyes, Mira could imagine the sun burning a path through the muck, rising from the waters. She rooted around in her bag, pulling out a fistful of cocktail napkins and tiny black straws and jagged shadows, plucked from around the edges of the glasses. Her fingers were nervous, even when she wasn’t, and she couldn’t help picking at things.

Mira pinched another shadow from her purse and flicked it into the water. “It’s natural.”

Below them, the river smoked gently as the mist burned off. Ray sat on the rail and dangled their feet over the water. The sun came up, slowly, and then faster, and Mira filled her purse with light. 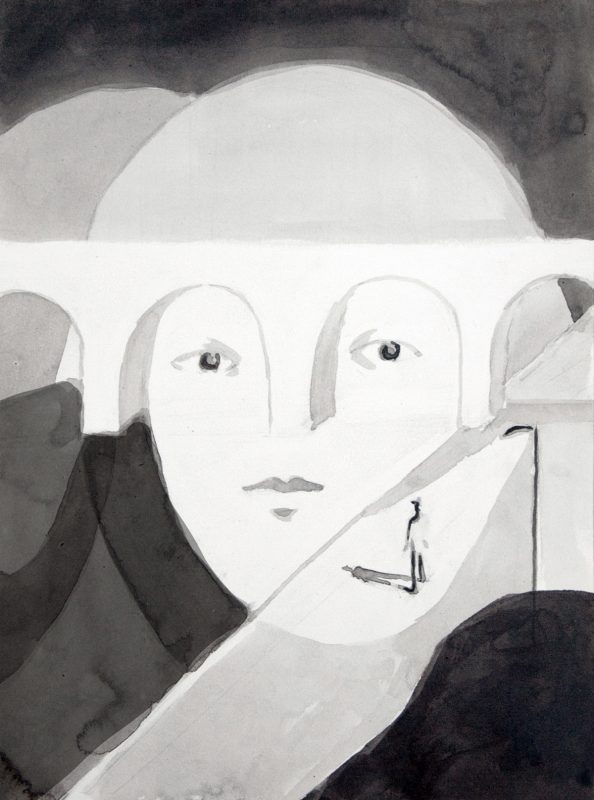 “I heard the light reflects strangely under the bridge in the afternoon,” Ray said, leaning on the railing. They didn’t quite watch Mira but their attention was steady and pointed.

Mira zipped her purse, now empty. Over the last five years, she had gathered 21 distinct types of light. The lights glowed in jars next to the bed she shared with Ray, who demanded that she throw a blanket over the whole display. Who had nonetheless still bought her books from the gift shop in the Museum of Shadows.

The Museum had a showcase cataloging the 32 types of light. Each type of light illuminated a small box. There were blank boxes on either side of the row for the types of light which had yet to be discovered.

Ray and Mira were bathed in the 27th type of light, a warm, diffusive glow which radiated evenly. If it were a shape, it would be round. Were it a feeling, contentment. As an animal, a sleeping cat or a sea anemone. It would only last another fifteen seconds.

The wind shifted and the light changed. Mira lifted her purse onto her shoulder. Ray held out an arm in mock-courtesy and Mira took it. They’d both already decided, though neither said a word. 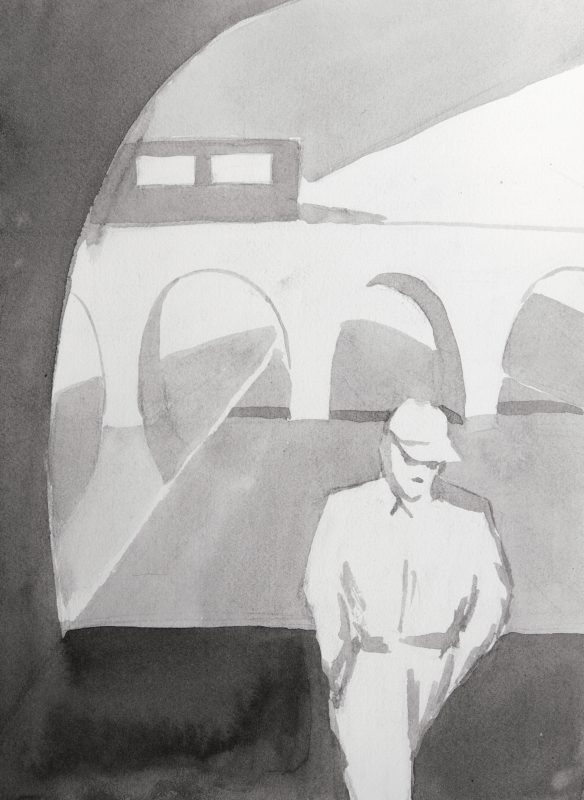 Mira yanked the blanket off her collection of lights the instant the alarm went off. A light, once captured, could glow in perpetuity. One light created one shadow but 21 lights created a million wavering darknesses of all different shades and depths. It created, inside the little studio, an infinite number of possibilities, colors, and fields of vision.

There was nothing wrong with wanting more than what was. That want, despite what they said, didn’t disappear with age.

Mira and Ray lived in their own private time zone, one occupied by other bartenders, chefs, waiters, maintenance workers, and everyone else who made the city run after sunset. For them, the sun was bright in the sky and it was the middle of the night.

Mira plucked her glass eye off the bedside table. She stored it near the lights, like she was charging it or conditioning it. It had gotten cold during the night and she warmed it between her palms.

An hour later, they were standing on the side of the street, looking down at the banks of the river. Weeds and small trees grew in foul-smelling mud, rasping against each other in the soft breeze. The bridge arched out of the water and Mira could just barely see the play of light at the top of the arches. 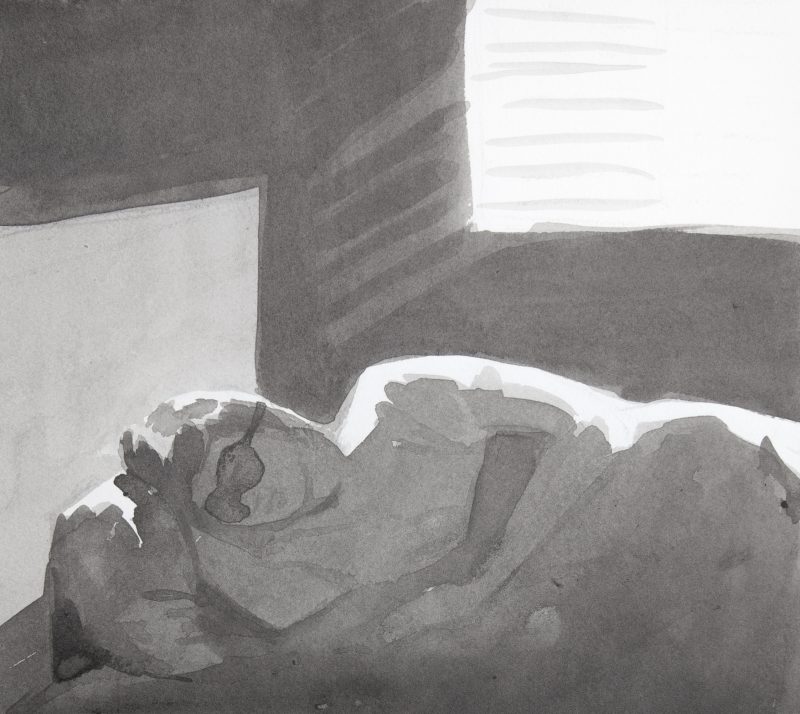 Each light had a different sense of itself, from the moonlight to neon lights to fluorescents. Light was a messenger. Mira listened, the way she eavesdropped on conversations. In the last year, she had become obsessed with it.

Ray tolerated this obsession without comment. The year Ray’s grandmother died, they watched the Twilight Zone with their little sister. Seasons and seasons of aliens and stars and dimensions and strange twists. Every hour they had was eaten up by it. They spent nearly a year in front of the television.

Mira had a purse with two mason jars. Sturdy tennis shoes. A light coat. She wondered how long Ray would give her to grieve. Two years? Five? She’d googled for hours but nobody on the internet, or in her life, knew how long it was supposed to take before she would feel normal again.

She stumbled down the embankment. She hadn’t waded through the weeds like this since she was a kid. The grass came up to her hips. Ray trudged after her, definitely wishing they were still in bed.

“Look at that!” Mira said. Watching the light was more subtle than bird watching. Light moved faster and it made no sound. Classification was more difficult – she couldn’t easily explain the way the ripples of light bounced off the surface of the river and played on the underside of the bridge. The water, a deep brown, occasionally interrupted by some piece of trash, threw off a shadowy reflection that nevertheless moved purposefully.

Ray, who had refused to learn the system of classification, stuck their hands in their pockets and stared up at the bridge, forehead wrinkling. “Is this it?” 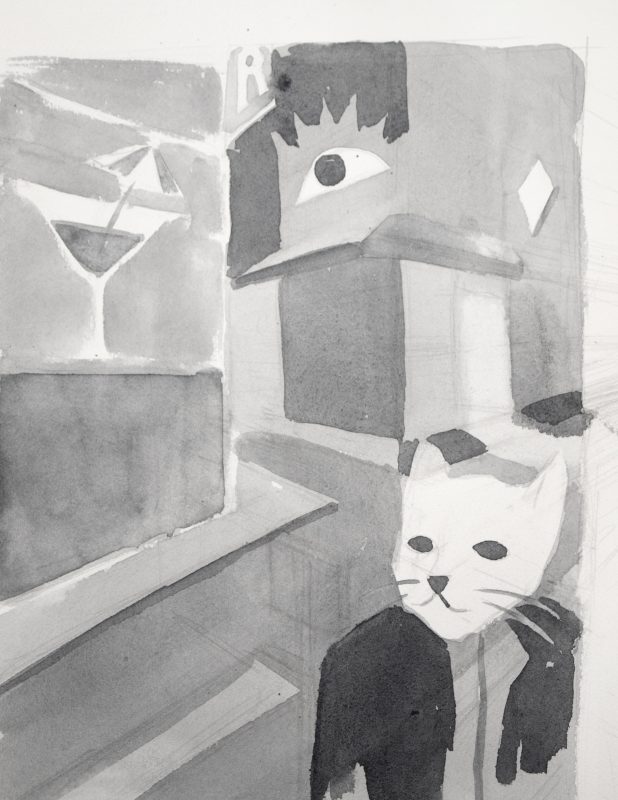 Mira’s world was not cracked but chipped. Her glass eye caught the light, reflecting off the bridge. She’d had a different name when she acquired it, and then several more names since. Mira was older than she looked. She intended to outlive Ray and her bar and everything but her eye, the real one, the one which was made of glass.

Sometimes, she looked in the mirror and saw her sisters, the other graeae, as they were meant to be. She always stared but she knew she couldn’t keep them. She could only keep herself.

What is a very old woman to do when confronted with something new? Mira unscrewed the cap on her mason jar. It was not so hard to capture light if you knew the trick of it. What was harder was what came after.

“Ray, cover your eyes,” she said, and jumped, or reached, or somehow stretched, until the top of the jar brushed the arch, scouring the light from the stone.

For a moment after, there was a perforation in the universe and everything started tumbling out. Fates, might-have-beens, visions – she used to collect such things. But those threads of life aged her hands and she didn’t have company when she meddled, not anymore. They were once three and now she was lost.

She itched to mend it. People said the universe was made of strings and she let the threads drop a long time ago. Abandoned her weaving. She did not miss it. Instead, she waited in the place in the world where she had taken the light. She struggled to keep her hands still. 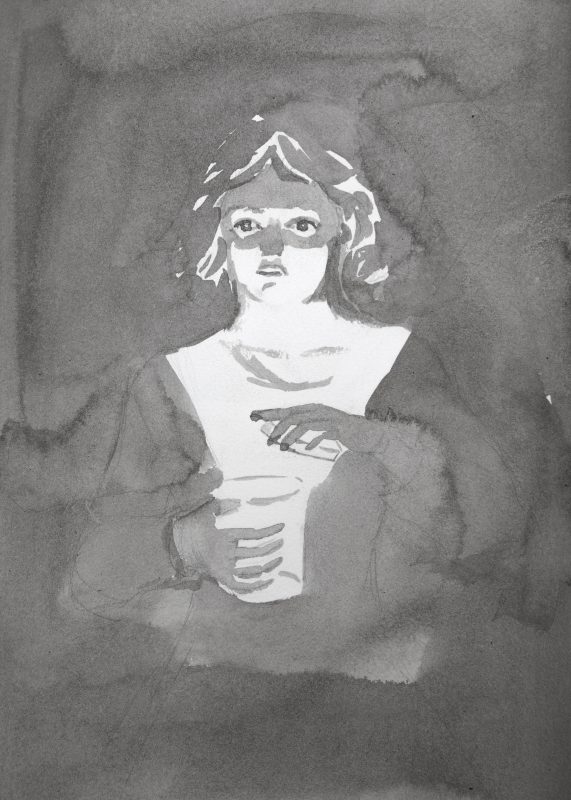 Mira did not pick up the threads. She could only hold two things and she held the jar and its lid. She screwed on the top and kept both hands on the light.

It was possible to wait out a perforation in the universe. Mira watched it close over, like a scab in fast forward. The might-have-beens did not vanish, but changed, took on the coloring of their surroundings, until they could not be seen at all, the myriad possible futures camouflaged into invisibility.

She held her jar at eye level and watch the light ripple against the glass.

Ray blinked at her. “Quite the lightshow,” they said.

Ray gently took the jar. Light spilled out, pooling in their hands. It was captured, yet somehow still free.

“Oh, I think there’s more than that,” Mira said. Every light source a chance to return to her old way of being. Every time she refused, it left her renewed, infused with appreciation for this small life. She took Ray’s arm. “It’s getting dark.”

Ray lifted the jar, illuminating a small circle around them. In the dusk, the weeds and the river and the arches were gray, color seeping only into their lonely, radiant circle of light. In isolation, it was easily cataloged – the 17th type light, a flickering undulation which brightened slivers and patches of the night. If it were a shape, it would be a crescent. As an animal, an eel or a junebug.

It would only last another forty-five years.

Rohman Benidris is an illustrator and fine art artist based in Paris. He holds a visual art master degree from La Sorbonne and an animation bachelor degree from Paris 13 University. His artwork has been exhibited in a variety of galleries and institutions (Art Factory, Galerie Vendome, La Galcante, Peniche Bali).

Audrey R. Hollis is a writer who lives in Lafayette, Indiana. She is pursuing an MFA at Purdue University. Her fiction has appeared in Lunch Ticket, The Los Angeles Review, and Lady Churchill’s Rosebud Wristlet, among other places. You can follow her on Twitter and Instagram at audreyrhollis.